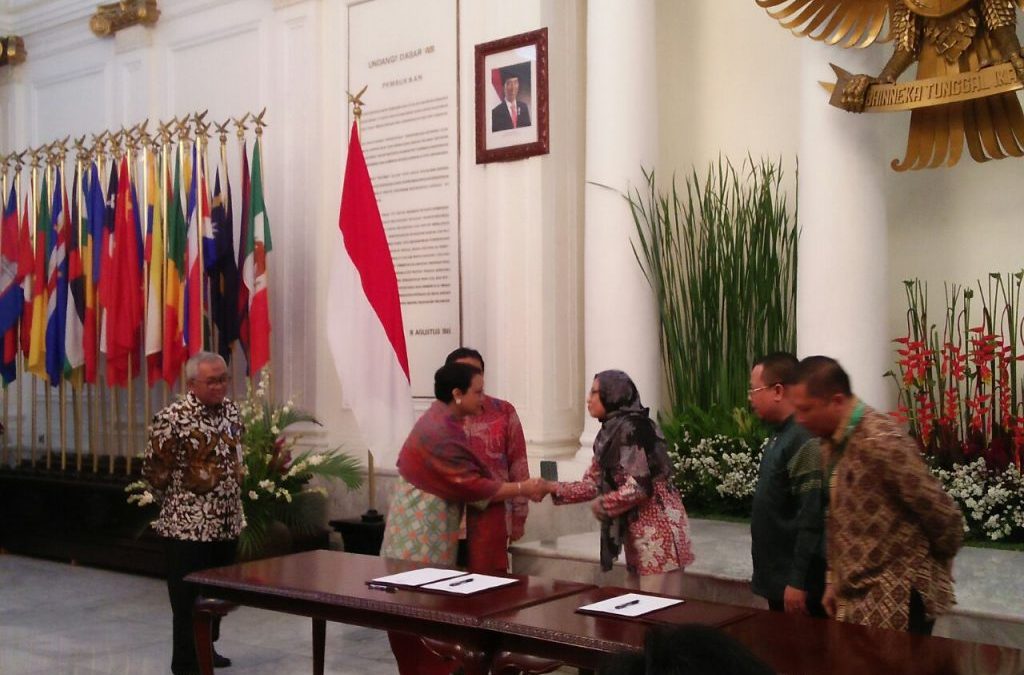 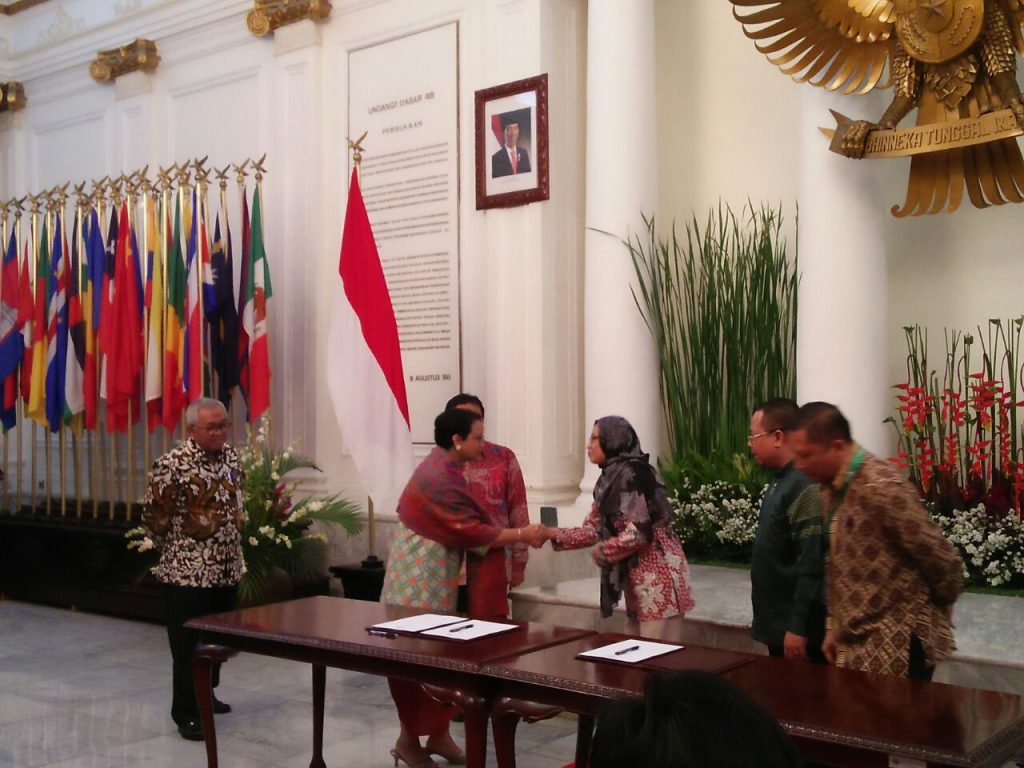 Ciputat, UIN NEWS Online— Social Trust Fund (STF) UIN Jakarta received the surrogate humanitarian aid for Rohingnya worth Rp331.534.500,-. The humanitarian aid is to be distributed to the affected by the conflict through Indonesian Humanitarian Ally for Myanmar (AKIM).

“Representing STF UIN Jakarta, we would like to thank the donors who have entrusted the donation to us. STF UIN Jakarta will deliver donations to official channeling agencies, “he said.

Amelia added that the value of Rohingya’s humanitarian donation proves the Indonesian people’s concern for their conflict-affected brothers. Because the humanitarian funding driven by the movement of the Madrasah Save Rohingya has only been launched but has attracted public attention in Indonesia.

“Fundraising humanitarian funds that motori by Madrasah movement Rohingya save this as a real action of all aspects of madrasah participation on the issue of humanity,” he said again.

Representing the donor group, Sugiono hoped that the donations that were distributed could ease the burden experienced by People of Rohingya who’s affected by the conflict. “Hopefully this donation will be a bridge of our concern for the brothers in Myanmar,” added Bahrissalim.

The donation itself, Amelia continued, will then be distributed entirely through the Indonesian Humanitarian Alliance for Myanmar (AKIM). AKIM itself is an alliance formed by the Ministry of Foreign Affairs of the Republic of Indonesia to ease the humanitarian burden caused by the Myanmar crisis, especially the people in Rakhine State. The alliance consists of elements of government and institutions of humanitarian agencies.

Funds collected under AKIM will be distributed under the supervision of the Indonesian Foreign Ministry and the International Red Cross to ensure transparency. Distribution of Humanitarian Funds is arranged according to both immediate and urgent short-term needs such as rice, food, clothing and medicine assistance as well as long-term program programs such as school building, library and hospital building. (usa)