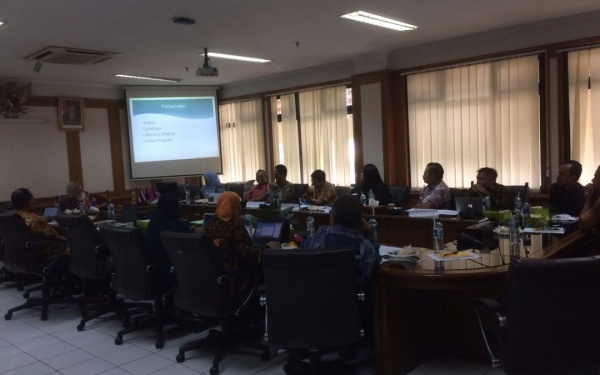 FITK, UIN News Online – Social Trust Fund (STF) UIN Jakarta conducting a research on the Phenomenon of Philanthropic Activity of Muslim Communities in the Framework of Social Justice in Indonesia. This was conveyed by the head of STF UIN Jakarta Dr Amelia Fauziah MA during Focus Group Discussion at FITK meeting room, campus I of UIN Jakarta, Wednesday, (11/15/2017).

In her presentation, Amelia said that the findings of a 2003 study found that the Muslim community in Indonesia spent Rp 19.3 trillion in one year for philanthropy funds.

“However, only 5% are absorbed by social institutions, the rest are charity and not for long-term purposes and would not solve basic humanitarian problems or social justice,” said Amelia.

The current research, she continued, is expected to map out the present social justice philanthropy activities that was carried out by the institution.

“Our current research activity is supported by Ford Foundation and executed by STF UIN Jakarta team by collecting data, discussions in FGD, and in-depth interviews to the institutions and beneficiaries,” she added.

Previously, a similar FGD was conducted in Surabaya on Friday, November 10, 2017 and attended also by philanthropy activists, baznas, and academicians in Surabaya.

For information, since its establishment in mid-2012 and as a non-structural institution under UIN Jakarta, STF UIN Jakarta has a concern in the field of charity, research, advocacy and endowment. (usa)