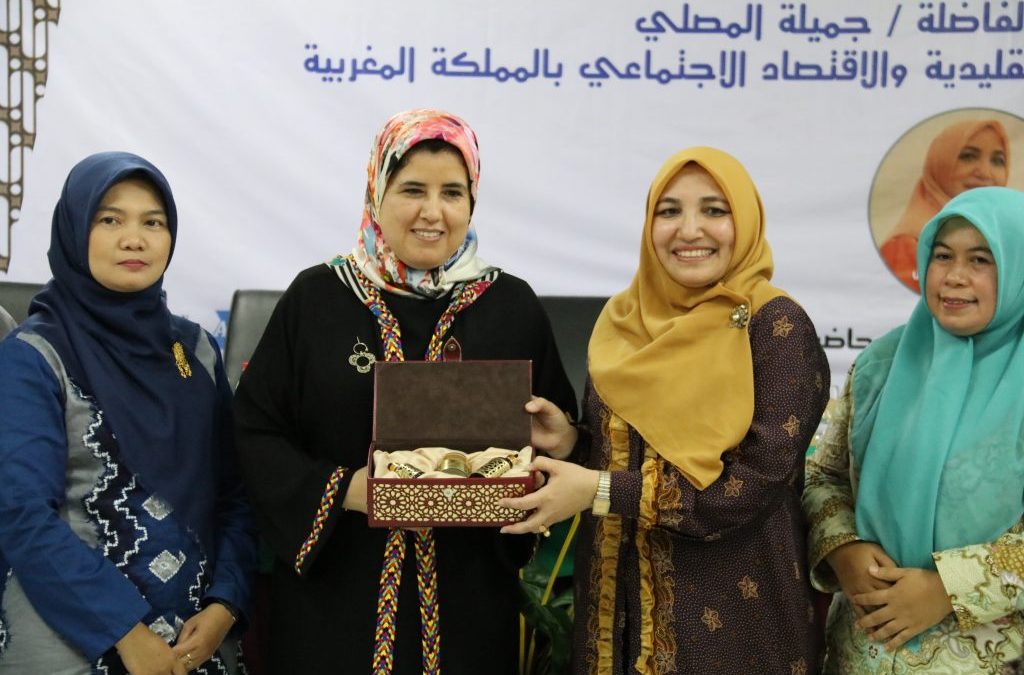 This visit is aimed at fostering cooperation in the field of education and scientific research, promoting exchanges and enhancing the networking between Islamic Universities in Indonesia and universities in Marocco. Present in the event, Rector of UIN Jakarta Amany Lubis, Dean of FDI Muhammad Syairozi Dimyathi, and academic community of FDI UIN Jakarta.

Furthermore, Jamila also delivered her speech to the academic community of FDI UIN Jakarta. In her speech, Jamila said that both Indonesia and Morocco have the same religious social identity.

“As a Muslim-majority country that is able to maintain its domestic stability, Indonesia is considered as an ideal figure for the other Muslim majority countries,” said Jamila.

Therefore, Jamila encourage UIN Jakarta to collaborate with universities in Marocco. She also offers opportunities for UIN Jakarta students who are interested in continuing their studies in Morocco.

In response, Rector of UIN Jakarta Amany Lubis appreciates the cooperation proposal delivered by the Royal Moroccan Government. Amany, who had been invited to deliver a speech about Islam and people of Indonesia in the presence of King of Morocco, recognizes that Morocco could become one of the study destinations for UIN Jakarta students.

“Hopefully, there are UIN Jakarta students who can pursue their study in Morocco,” said Rector.

On the same occasion, Dean of FDI UIN Jakarta Muhammad Syairozi Dimyathi hopes that Jamila’s visit can be followed up by holding both academic and student cooperation with Moroccan universities. As a faculty that adapts the Islamic scientific curriculum of Al-Azhar University in Egypt with the concentration of Islamic Studies, Moroccan universities could become potential partners of FDI UIN Jakarta.

For information, Ms Jamila El Moussali, appointed by Her Majesty King Mohammed VI on April H, 2017 as the Secretary of State to the Minister of Tourism, Air Transport, Crafts and Social Economy, in charge of crafts and Of the social economy, she was born on October 19, 1969 in Ouazzane.

She holds a bachelor’s degree in literature from Ibn Zohr-Agadir University (1992), a post-graduate diploma (1999) from Mohammed V Rabat University and a Doctorate in History (2010) Hassan 1st University of Oujda. (usa)