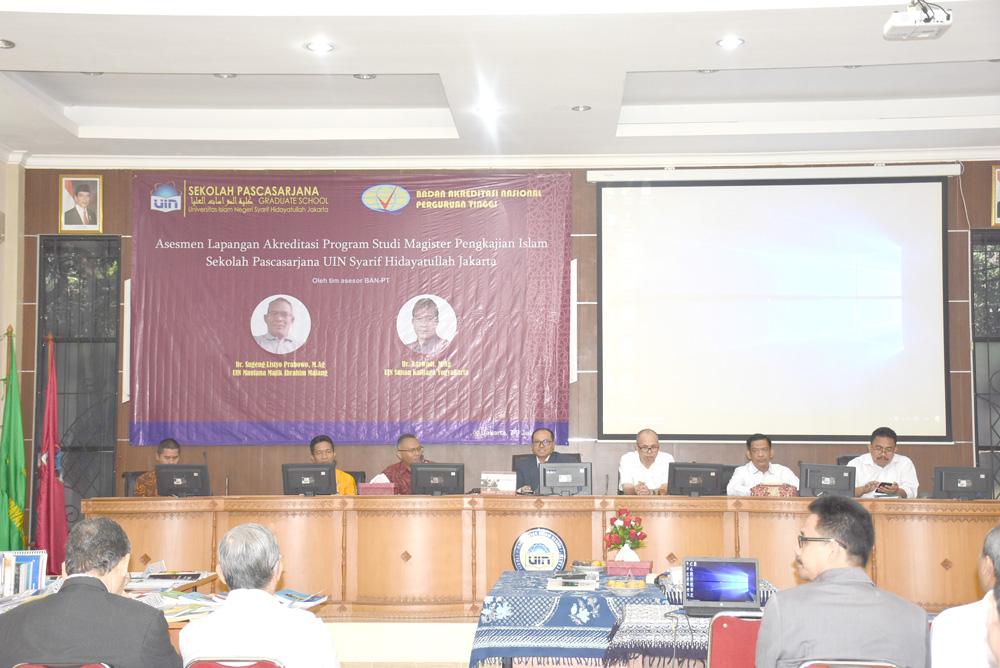 Director of SPs UIN Jakarta expressed his optimism that the re-accreditation process of MPI Study Program will be successful. According to Jamhari, his party has prepared all accreditation forms in accordance with the BAN-PT standards.

“We are confident and optimistic that the assessment process will go according to our expectations,” said Jamhari.

Based on the schedule, the assessor team’s first agenda was to hold a dialogue with the leaders of SPs UIN Jakarta.  The assessor team will asked various questions to all related elements, such as lecturers, employees, students, alumni, and graduates.

The next agenda was to conduct a field visitation to a number of facilities and infrastructures at the SPs UIN Jakarta. After the field visit, the assessment team then held an internal and closed meeting to discuss the provisional results of the assessment.

“Hopefully the results of this year’s re-accreditation will again get an A from BAN-PT,” said Jamhari.