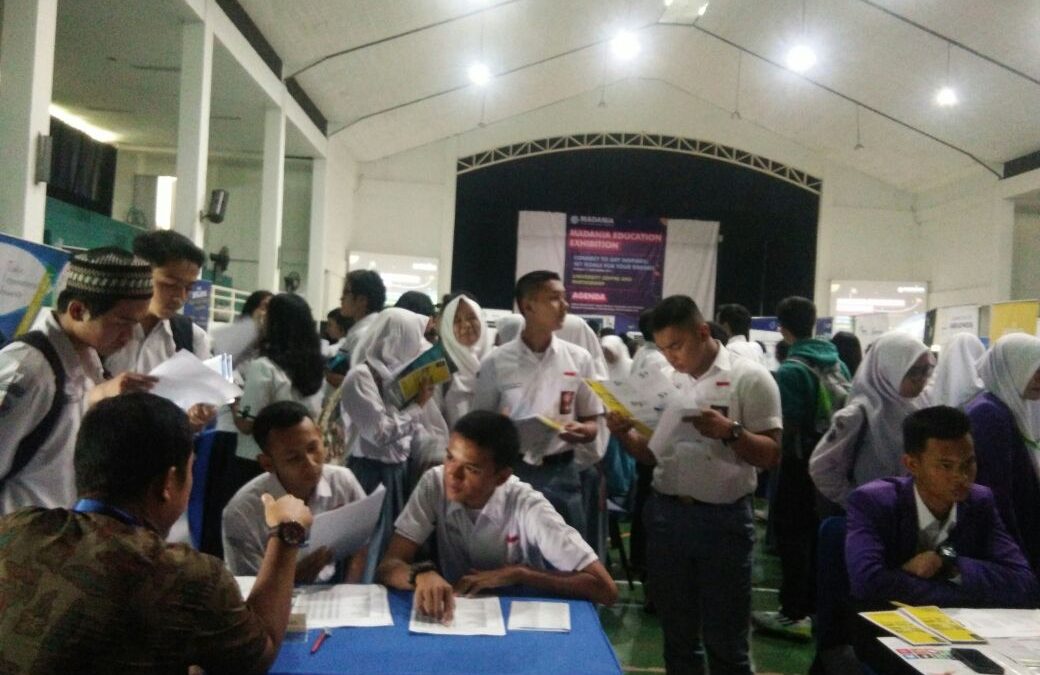 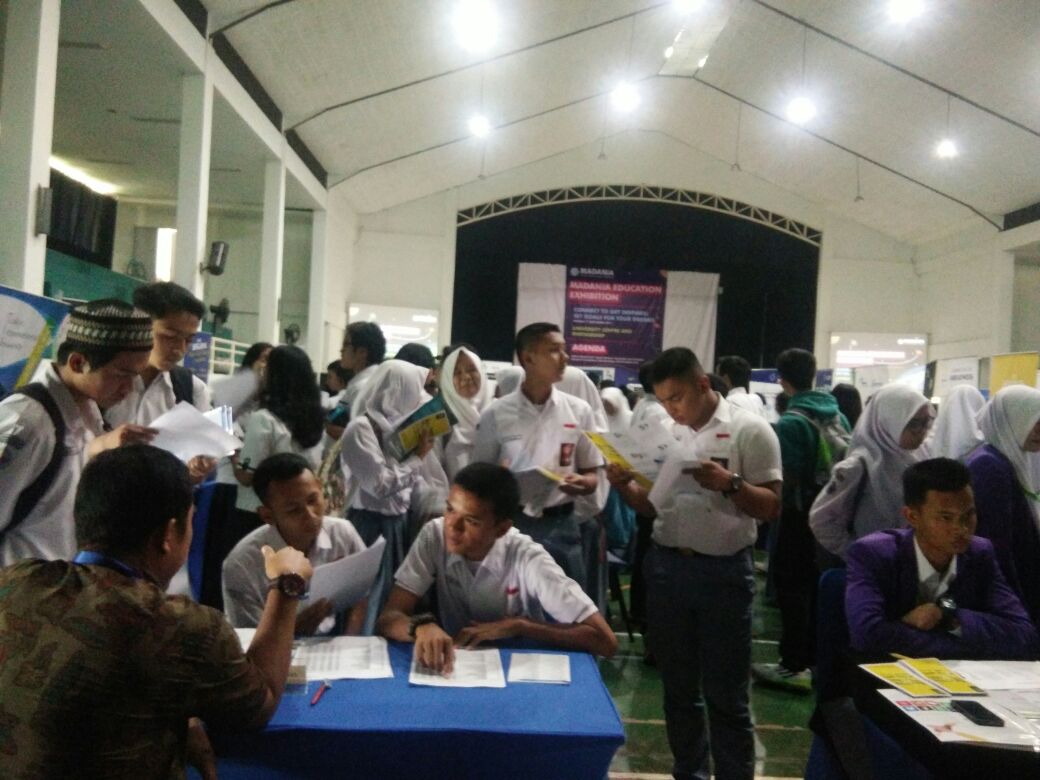 The Event themed Â â€œConnect to Get Inspired; Set Goals for Your Dreamsâ€ on Â Madania Education Exhibition (MEE) 2017. Some events are held, among others: Discussion of education panel with universities; Private and State campus exhibition, (national and international); and also skills tests.

In his presentation, Samsudin explains in detail and detail about the techniques and stages that must be taken either by the school or students in registering at State College (PTN).

“There are several paths that can be taken by students to be able to study at UIN Jakarta namely SNMPTN, SBMPTN, SPAN-PTKIN, UM-PTKIN and SPMB Mandiri UIN Jakarta,” he added.

The results of the observation, the activity went smoothly and the students followed very enthusiastically. This shows by the number of students who ask questions.

A participant of socialization Raiqa Zakaria asked about the difference of SNMPTN and SPAN-PTKIN entrance in UIN Jakarta. Samsudin who became the speaker gave an answer, that SNMPTN is a national selection based on academic achievement result by using report card semester 1 (one) until semester 5 (five) for high school graduates / vocational high school or equivalent who want to take general study program in UIN Jakarta . While SPAN-PTKIN is a national selection based on the results of academic achievement by using report cards semester 1 (one) up to semester 5 (five) for graduates of SMA / SMK / MA / MAK / Pesantren who want to take religious studies program in UIN Jakarta.

Different with Anisa, to the UIN NEWS Online she told that was pleased with the activity, because she gets additional information about the campus especially UIN Jakarta is my main goal.

“After getting an explanation, I understand how steps I should do in order to enroll in the college that I am interested in, especially UIN Jakarta,” he said.

For information, SMA Madania is a private and accredited A school, having its address at Jl. Perum Telaga Kahuripan Kemang Sub-district, Bogor Regency, West Java. (usa)