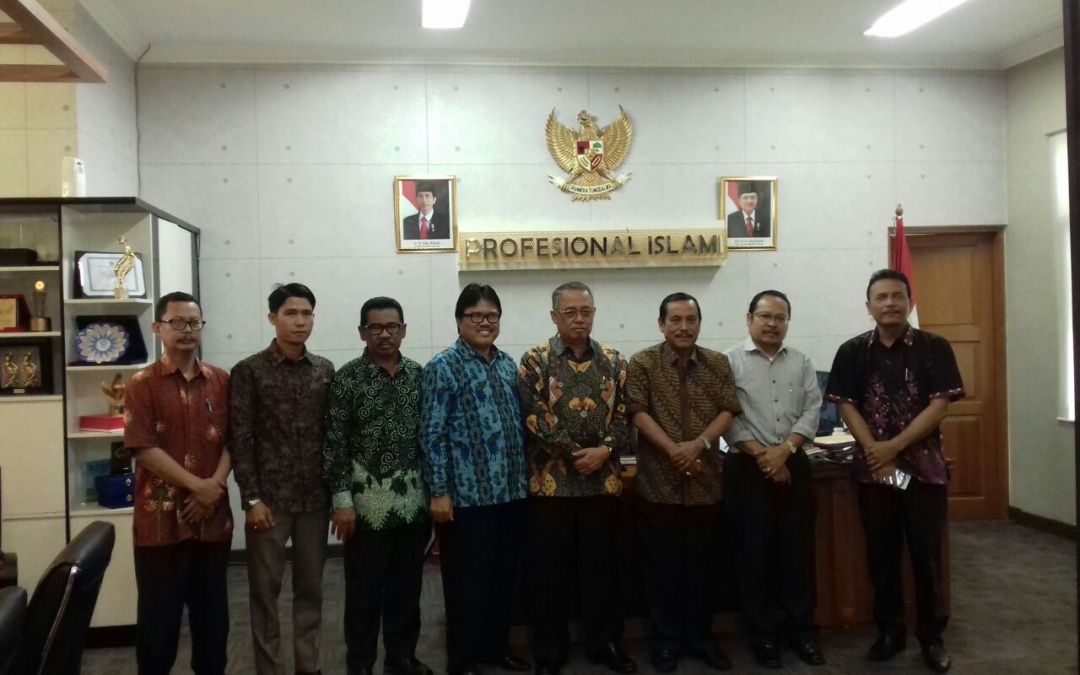 Rectorate, UIN News Online – Sijunjung Regency Government, West Sumatera, will cooperate with UIN Jakarta in the field of human resource development, in the form of scholarships to prospective students from Sijunjung to study at UIN Jakarta.

Regent of Sijunjung Regency, Drs Yuswir Arifin Datuak Indo Marajo, said that cooperation in human resource development with UIN Jakarta is done considering the number of Sijunjung prospective students who excel, but economically disadvantaged. They come from public schools and madrasah and pesantren, located in Sinjunjung.

“Many of them are confused about going to college after graduating from school. Therefore, we need to help to facilitate by sending them through the scholarship scheme, “said Regent Yuswir after he met the Rector of UIN Jakarta Prof Dr Dede Rosyada MA in Rectorate Building, Tuesday (12/5/2017).

Yuswir hopes this cooperation can run smoothly. After meeting the Rector, they will soon learn the draft of cooperation made by UIN Jakarta and vice versa. At least the cooperation between Sijunjung regency and UIN Jakarta is a mutually beneficial cooperation.

According to Yuswir, UIN Jakarta was chosen because the Islamic university is considered to have a good education experience both at national and international level. Therefore, in the first cooperation will be done this has its own added value for the community Sijunjung and local government.

“The scholarship financing scheme will be taken from the Regional Budget and Income. About how many students will be sent, we will decide it later,” he said.

Meanwhile, Rector of UIN Jakarta Prof Dr Dede Rosyada MA expressed his gratitude for this cooperation. This cooperation is expected to have an impact on the progress of the region, especially the improvement of its human resources. Moreover, he asked the Sijunjung government to study the memorandum of understanding. (usa)