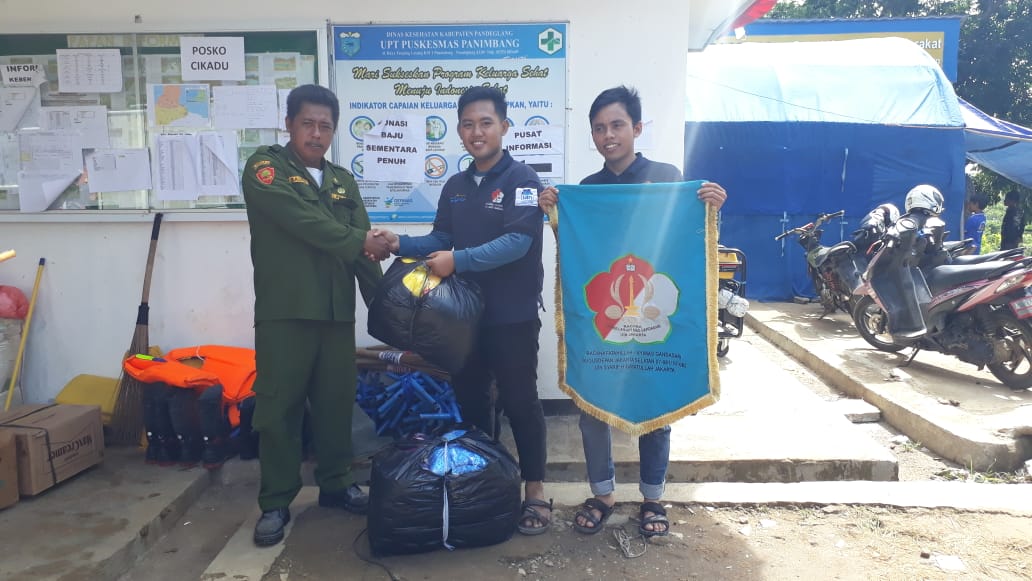 According to the Chairman of Dewan Racana Banu Muhammad Al-Kindy, the assistance to be distributed consists of money, food and clothing. “We get all this assistance through fundraising activities on campus,” said Banu.

Banu hopes that the assistance provided could reduce the suffering of victims, especially those who are still living in refugee camps.

“We would like to thank the donors who have provided assistance,” he said.

Based on UIN Jakarta Scout Volunteer Team observation, the refugees still need a lot of help, especially food and clothes that are worth using.

“We also observed several areas affected by the tsunami. The situation is very alarming,” he added.

As reported earlier, on December 22, 2018 there was a high tsunami and wave disaster in the Sunda Strait, especially in Pandeglang, Banten and South Lampung regencies, Lampung. The emergence of the tsunami was allegedly due to an underwater avalanche from the eruption of Anak Krakatau volcano. As a result of the incident, hundreds of lives were lost and thousands were injured. Moreover, the disaster also destroyed various infrastructures, vehicles, houses, and tourist areas. (usa)