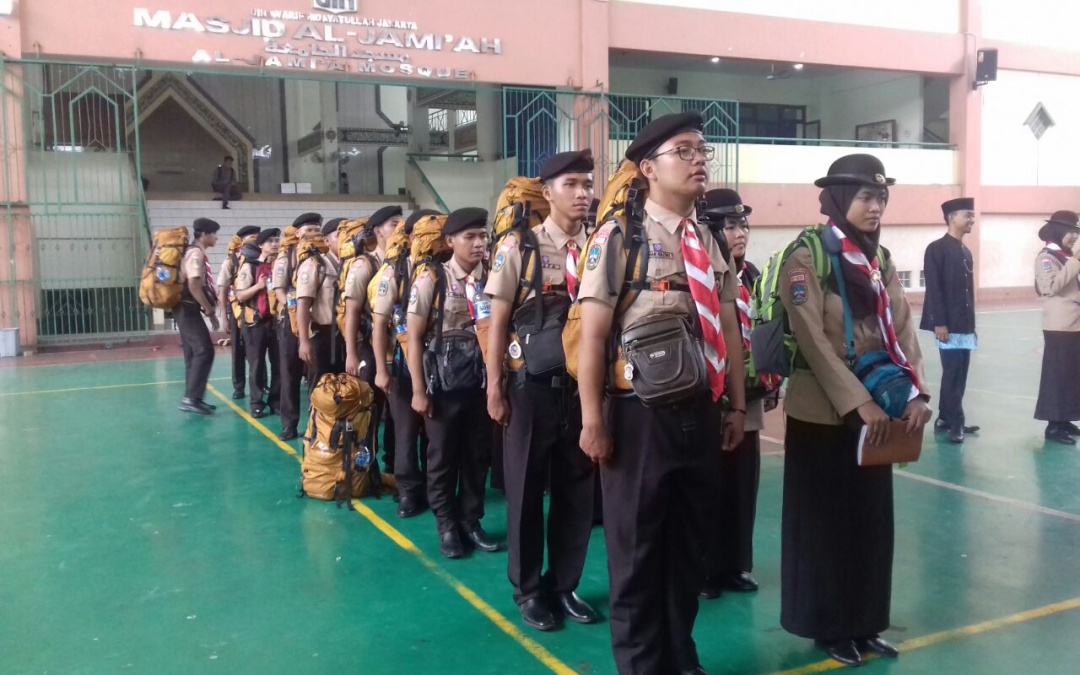 Student Center, UIN News Online – A total of 28 Scout members of UIN Jakarta held a research study to Lampung province, especially to some of the visited areas. Research studies are conducted to increase the insight and experience of the scouts in areas that became the object of study.

The group consisting of 14 boy scouts and 14 female scouts was released by the Coach of UIN Jakjarta Scout Nanang Syaikhu at the Student Center Building on Monday (02/5/2018). “Through such fieldwork, it is expected that they will gain experience and new friends in some areas that become the object of study,” he said.

Research studies conducted by way of trailing. They are walking from and to the destination. However, for destination areas with considerable distance, the participants used public transport.

According to Nanang, research study activities will take place for a week, on 5-10 February 2018. The first area to be visited is Metro City, then Way Kambas, and ends in Bandar Lampung.

“This year’s research study was held in Lampung. They will conduct various studies on the life of the people of Lampung, whether related to socio-cultural, religious, educational and tourism issues, “he said.

In addition to the social institutions in the community, the participants will also conduct comparative studies to several renowned campuses in Lampung, including IAIN Metro, UIN Lampung, and Lampung State University.

Further, Nanang said, the research of the scout of UIN Jakarta to the area in general aims to add insight and knowledge about local customs and culture. While a more specific purpose, the study was held in the framework of their self-development process to reach the pandega scout level.