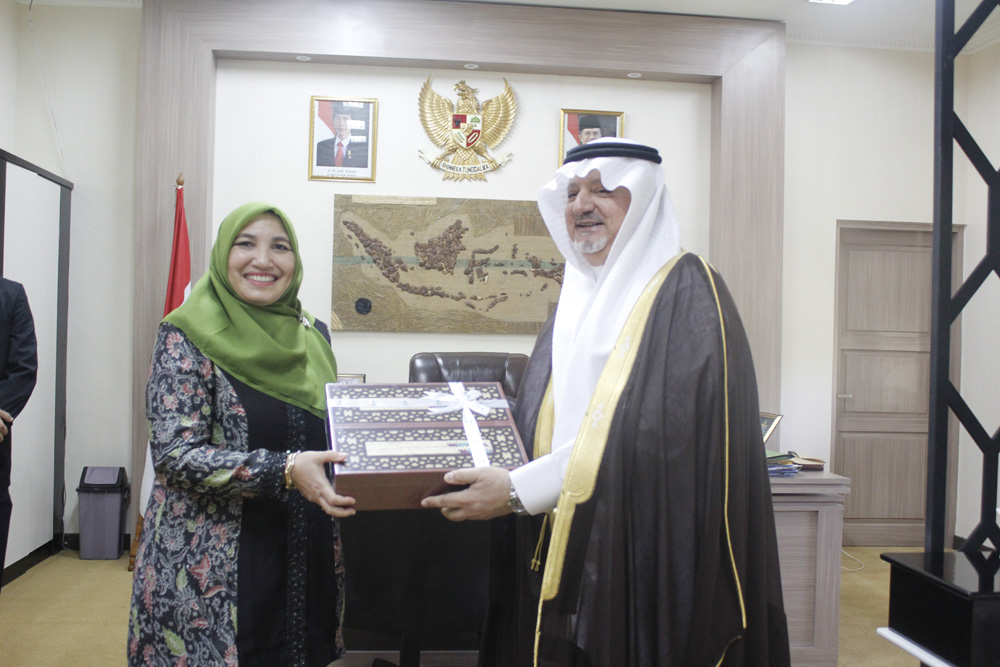 Esam’s visit, accompanied by Yahya al-Qahtani, and Director of the Islamic and Arab Sciences Institute (LIPIA) Ghazi, was welcomed by the Rector of UIN Jakarta Amany Lubis, and accompanied by the Dean of the Dirasat Islamiyah Faculty Syairozi Dimyati.

Rector in her remarks hoped that this visit would strengthen the good relations between the two countries.  She also added that many UIN Jakarta students continue their studies to several campuses in Saudi Arabia. “Additionally, many lecturers who are alumni of Saudi Arabia teach at UIN Jakarta,” said Rector.

In response, Esam admitted that he is very proud by the UIN Jakarta’s national and international achievements. “Hopefully there will be many collaborations between UIN Jakarta and universities in Saudi Arabia in the future,” said Esam.