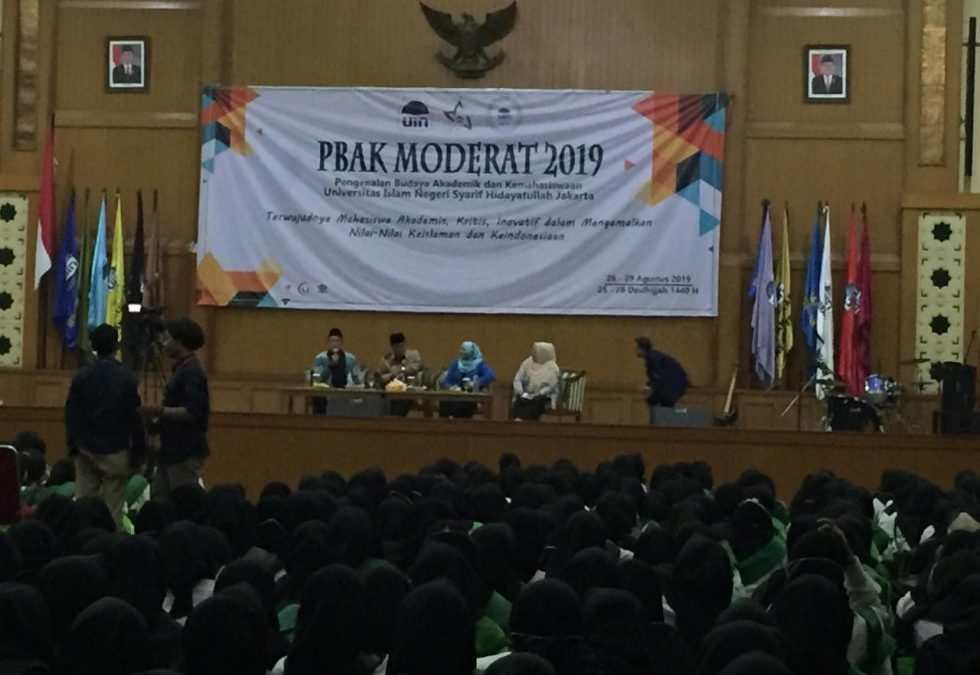 Harun Nasution Auditorium, UIN News Online – Washatiyah Islam can be realized if each individual is equipped with knowledge. The essence of various branches of knowledge can shape people into individuals who can respect each other.

This was said by Said Aqil Shiraj Said Aqil Shiraj in his speech during the Introduction to Academic and Student Culture (PBAK) 2019 activity, Wednesday (08/28/2018), at the Harun Nasution Auditorium, campus I of UIN Jakarta.

“The washatiyah principle can be realized through collaboration between the Qur’an, the Hadith, Ijma and Qiyas. To understand all of that, knowledge is needed, and one way to gain knowledge is by studying hard,” he explained.

For information, the annual activity that carries the theme of “Terwujudnya Mahasiswa Akademis, Kritis, Inovatif Dalam Mengamalkan Nilai-nilai Keislaman dan Keindonesiaan” lasts for three days, Tuesday-Thursday (08/27-29 /2019), and attended by more than 6000 participants from 12 Faculty at UIN Jakarta. Also present in the event, Rector of UIN Jakarta Amany Lubis, Dean of the Tarbiyah and Teaching Sciences (FITK) Sururin, and all academic academy of UIN Jakarta. (usa)