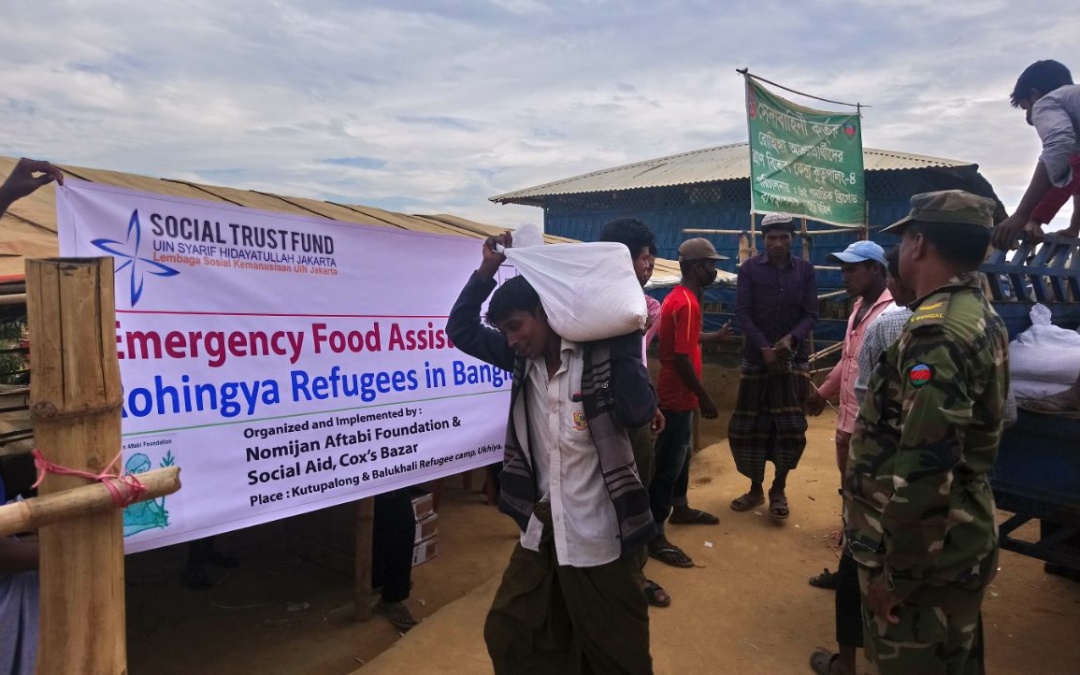 “Alhamdulillah, after a long shipment process, the public donation mandated to STF UIN Jakarta has been successfully distributed. Hopefully this can ease their burden,” she said.

She also added that the donation is distributed through the cooperation of STF UIN Jakarta, along with Asian Muslim Action Network (AMAN), which is based in Bangkok. Through AMAN organization led by Prof. Dr. Azyumardi Azra MA CBE, professor and former Rector of UIN Jakarta (1998-2006), donations were distributed to Rohingya refugees in various regions outside Myanmar, including Bangladesh.

In addition with AMAN, donation which is entrusted to STF UIN Jakarta are also distributed along with the Indonesian Humanitarian Alliance for Myanmar (AKIM). Based on NEWS UIN Online record, no less than Rp331.534.500, – funds entrusted to STF UIN Jakarta will be donated to people affected by the Myanmar crisis, especially people in Rakhine State.

Funds collected under AKIM are distributed under the supervision of the Indonesian Ministry of Foreign Affairs and the International Red Cross to ensure its transparency. The use of humanitarian funds is set to suit both immediate and urgent short-term needs such as rice, food, clothing and medical assistance as well as long-term program programs such as school building, library and hospital building.

“Some of the donations will be distributed directly to Rohingya refugees in Bangladesh, and will be used for development programs at Rakhine State, especially for schools and library buildings,” said Amelia.

For information, the social conflicts that took place in Myanmar caused the Rohingyas to be under pressure, many of them are evacuating to the neighboring countries. Quoting UNHCR information as quoted by ANTARA News Agency (Friday, December 8, 2017), Rohingya refugees are still flowing from Myanmar to Bangladesh although their number are continuing to decrease. A total of 625,000 people arrived from August 25, 30,000 came last month and about 1,500 others arrived in Bangladesh last week, UNHCR said.