Ridwaan Jadwat: Islam is one of the fastest growing religions in Australia 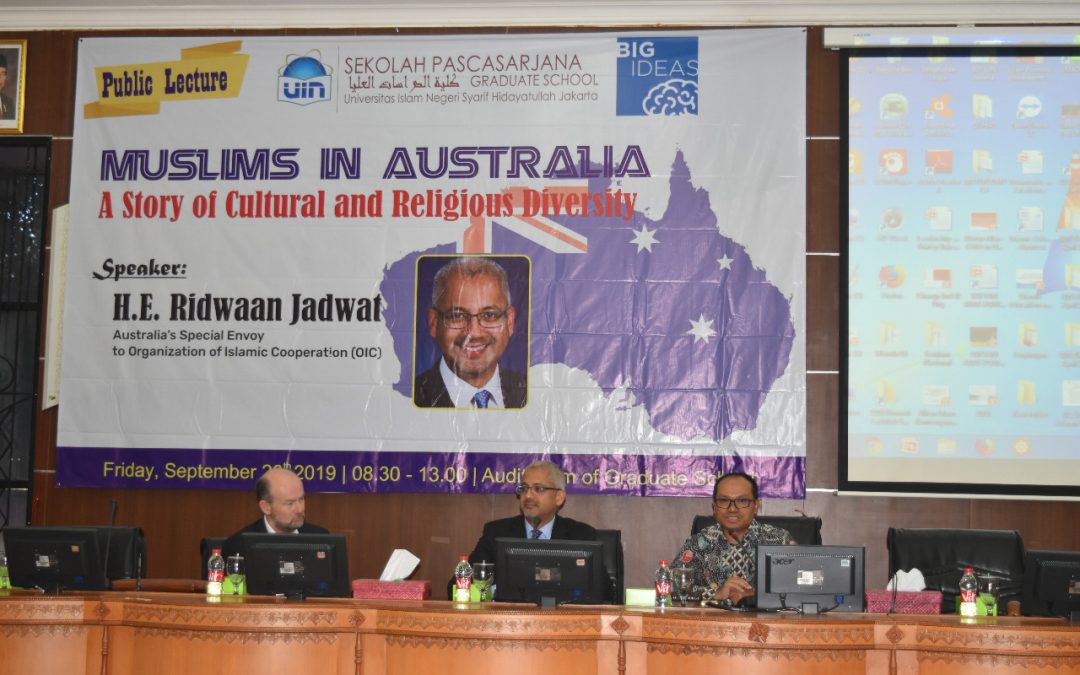 SPs, UIN News Online – Islam is one of the fastest growing religions in Australia. This is evidenced by the large number of Australian Muslims who have important roles in various sectors, including in government.

This was said by Australian Special Envoy to the Organization of Islamic Cooperation (OIC) Ridwaan Jadwat during his public lecture entitled “Muslim in Australia: A Story of Cultural and Religious Diversity”, held at the Graduate School (SPs) UIN Jakarta, Friday (09/20/2019).

According to Ridwan, Australia is a country that respects all the traditions and beliefs of its citizens, including Islam.

“This is evidenced by the establishment of many mosques, Islamic schools and Halal restaurants. In addition, many Australian Muslims have also become members of parliament, doctors, lawyers, diplomats, police, military and business people,” said Ridwaan.

He also added that Australian’s population come from many countries and has a lot of languages. More than three million Australians speak a variety of languages other than English.

“By promoting and maintaining multiculturalism in Australia, a more dynamic and more inclusive society will be built, and will foster prosperity for all Australians,” he said. (usa/ns)