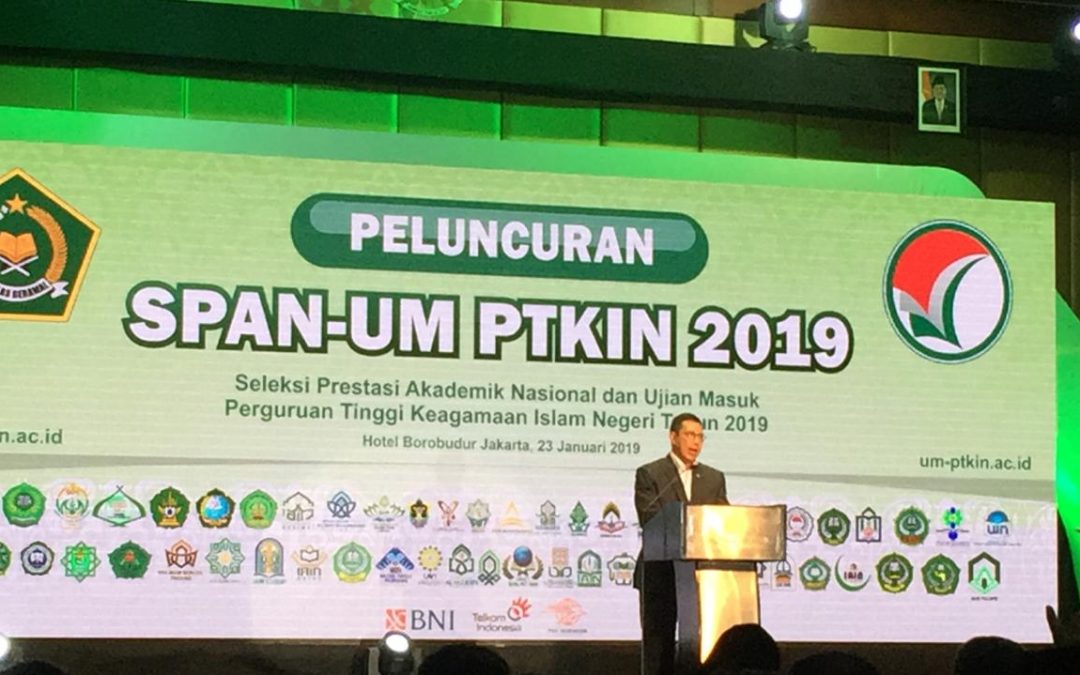 Jakarta, UIN News Online – In order to obtain the excel students; the state Islamic religious college (PTKIN) needs to establish a university entrance test institute. The institution should be permanent and functioned as a think tank for formulating the concept of PTKIN development.

“The committee does not only carry out technical work, but also strategic and long-term work. This institution must be able to be a think tank in formulating the concepts of the duties and responsibilities,” said Lukman.

Previously, the Minister of Religion said that the committee needs to form a study team to study the processes that will and has been carried out. Reviewing the data and increasing the number of applicants must be balanced with the ratio of the number of madrasas, public schools, the number of graduates, and so on. The committee must have an accurate number, so that it can conclude about the interest in the public’s interest in registering at PTKIN.

Furthermore, said Lukman, said Minister of Religion, the study team is not only tasked with collecting data, but also perfecting data and finding accurate conclusions. So that PTKIN can find a way to attract prospective PTKIN applicants. These are important data that will be considered in the future development of PTKIN. “I want to increase awareness that universities have a big responsibility,” he said.

In an effort to develop PTKIN, Lukman said that PTKIN must carry out reflection, introspection, and self-evaluation. PTKIN must be proactive in seeing potential student candidates.

“If the input is good, the output will also be good. Don’t quickly expect other parties to help boost the number of registrants,” he said.

Between his remarks, Lukman also had a dialogue with a number of invited UIN Jakarta students. (usa)