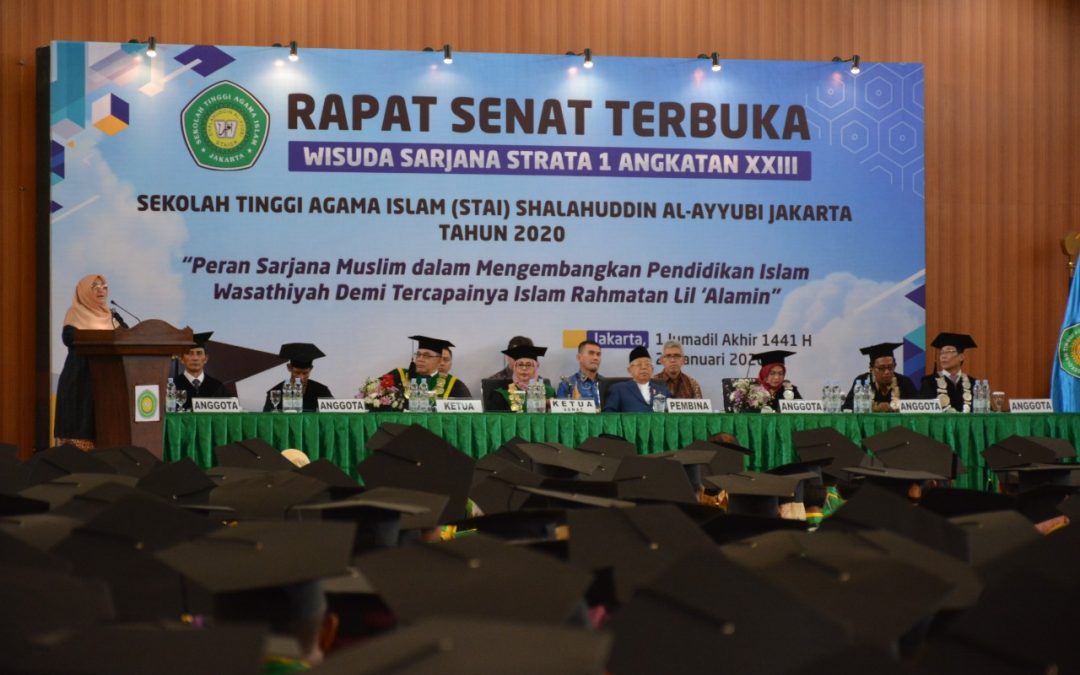 Pondok Gede, UIN News Online – Rector of UIN Jakarta, who also serve as DKI Jakarta Region I Kopertais Coordinator encourages young people to study hard. Not only in formal higher education. The learning process can also be done by jumping directly into the midst of society. This is needed because they have the responsibility to take part in developing the nation.

This was said by Amany in her speech during the Graduation Ceremony of the Islamic High School (STAI) Shalahuddin al-Ayyubi North Jakarta at Pondok Gede Hajj Dormitory, Saturday (01/25/2020). “Let’s study hard so that one day we can make an optimal contribution to the nation and state. There are no place for laziness and various negative behaviors,” she said.

Islam and Indonesian Muslim community in the future, she continue, bear the responsibility in maintaining the implementation of moderate Islamic values in the midst of the lives of its people.

Various Muslim-majority countries, she explained, experiencing difficulties in building a harmonious citizenship life. Conflict and violence continue to decorate the daily lives of its citizens. Such conditions, she said, were contributed by rigid and intolerant attitudes which led to the emergence of religious extremism.

The learning attitude, she further added, was not only related to the creation of a harmonious Indonesian national life but also made this nation more advanced in the future. The young generation is expected to continue to increase their scientific knowledge needed in the future.

“The young generation is expected to have positive progress so that Indonesia can advance in various fields.  For that matter, you must continue your education to a higher level,” said Amany.

It is known that STAI Shalahuddin al-Ayyubi is one of the Islamic religious universities or PTKIS which is under the coordination of the DKI Jakarta Region 1 Kopertais. Also present in the event, the Vice President of the Republic of Indonesia Prof. Dr. KH Ma’ruf Amin. (usa/zm/im)