Rector will become an inspector for Independence day ceremony 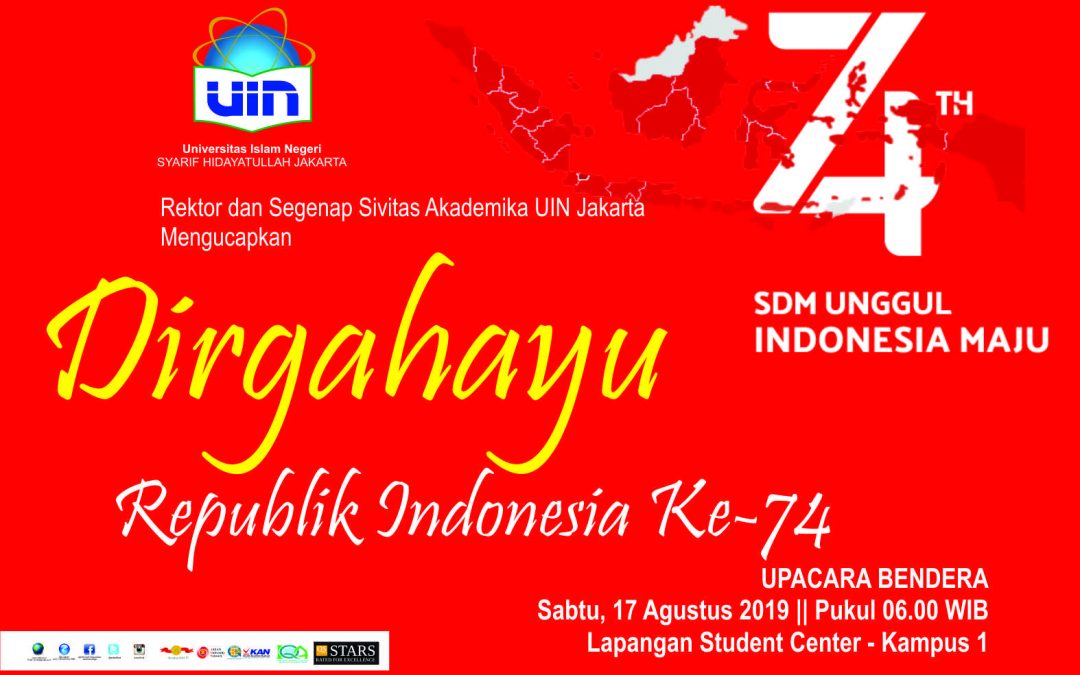 Rectorate, UIN News Online – Rector of UIN Jakarta Amany Lubis is scheduled to become an Inspector of Ceremony (Irup) on the 74th anniversary of the Republic of Indonesia Independence Day on August 17th.

The 74th Indonesian Independence Day memorial service will be held simply at the UIN Jakarta Student Center field starting at 06.00 WIB. The ceremony will be attended by university and faculty leaders, lecturers, employees, students, and Dharma Wanita Persatuan.

The Rector also instructed all academic community of UIN Jakarta to take part in the 74th Indonesian Independence Day Commemoration Ceremony on campus. The instruction letter numbered B- / 869 / R / HK.007 / 08/2019 and signed on 7 August 2019 was addressed to the leadership of the institutions in UIN Jakarta.

Provisions on clothes to follow the ceremony according to the Rector’s instructions;  long-sleeved white shirt, long pants and black cap for men, and wear white long-sleeved shirts, long black skirts, and black hijab for the women. (usa)