Rector of UIN Jakarta Will Launch His Book in Kuningan 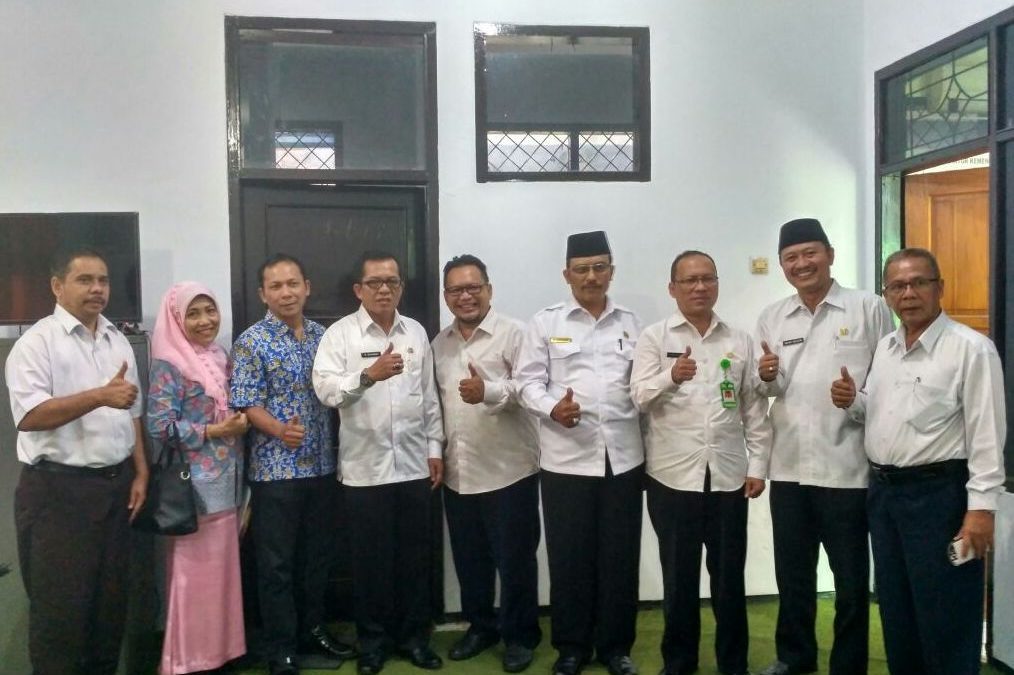 Kuningan, UIN News Online— The Sub Division of Documentation and Publication of UIN Jakarta coordinates and consolidates with the Ministry of Religious Affairs of Kuningan Regency, West Java. This is done in preparation for the launch of the book Rector of UIN Jakarta.

This was conveyed by Head of Sub Division of Publication and Documentation UIN Jakarta Feni Arifiani MH to NEWS UIN Online, after he met with all officials of Ministry of Religious Affairs Kuningan Regency, Monday (10/16/2017), in the meeting room of the Chief of Administration of the Ministry of Religious Affairs of Kuningan Regency, Kuningan, West Java.

He also added that the event will invite Madrasah Aliyah (MA), Madrasah Tsanawiyah (MTs), and Madrasah Ibtidaiyah (MI) teachers. In addition, the representatives of 12th grade students were also invited to participate in book review and socialization of UIN Jakarta.

“Later in the implementation, before the book review event begins, the 12th grade students will receive information about UIN Jakarta from us. This is done, to provide accurate and actual information about the UIN campus to the students, “he said.

In the same place, Head of Administration Department of Religious Affairs of Kuningan Regency H Rohaedi confirmed, he hoped that this event could motivate both teachers and students to improve their knowledge.

“Hopefully this activity will be able to run smoothly without any significant obstacles,” said Rohaedi.

Also present in the meeting, Section Chief of the Madrasah H Rokhidin, Head of PD Pontren H Nurdin, and several other section chiefs in the Ministry of Religious Affairs Office of Kuningan Regency, West Java.

For information, the book launch is scheduled to be held on October 30, 2017, and will take place at Ayong Hotel, Cilimus, Linggasana, Kuningan, West Java. (usa-rs)