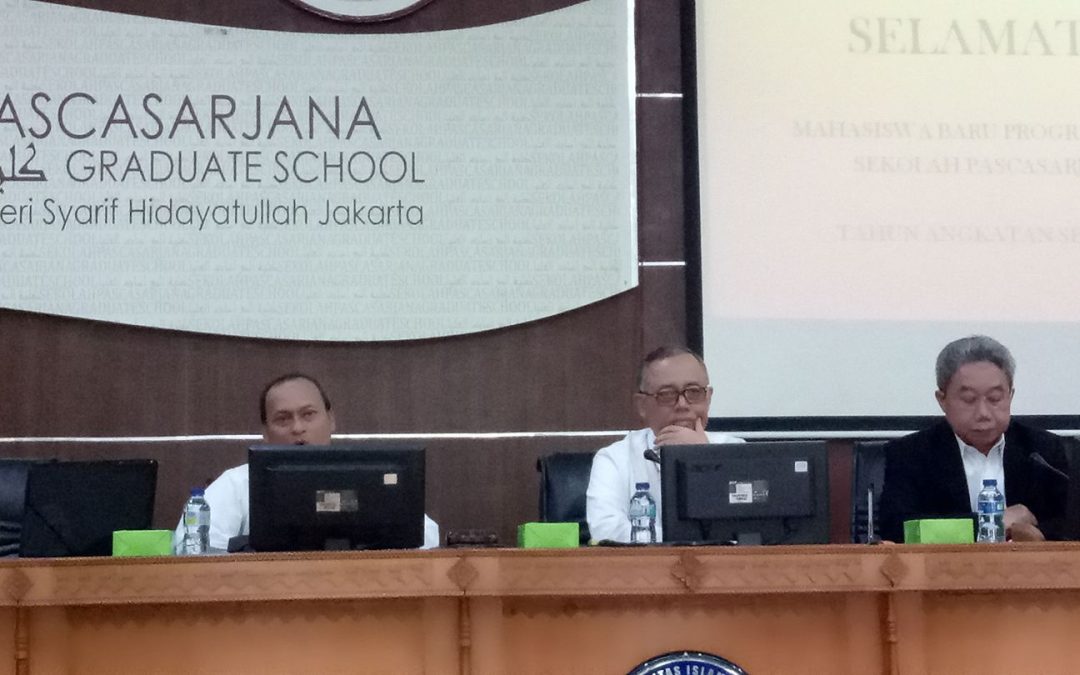 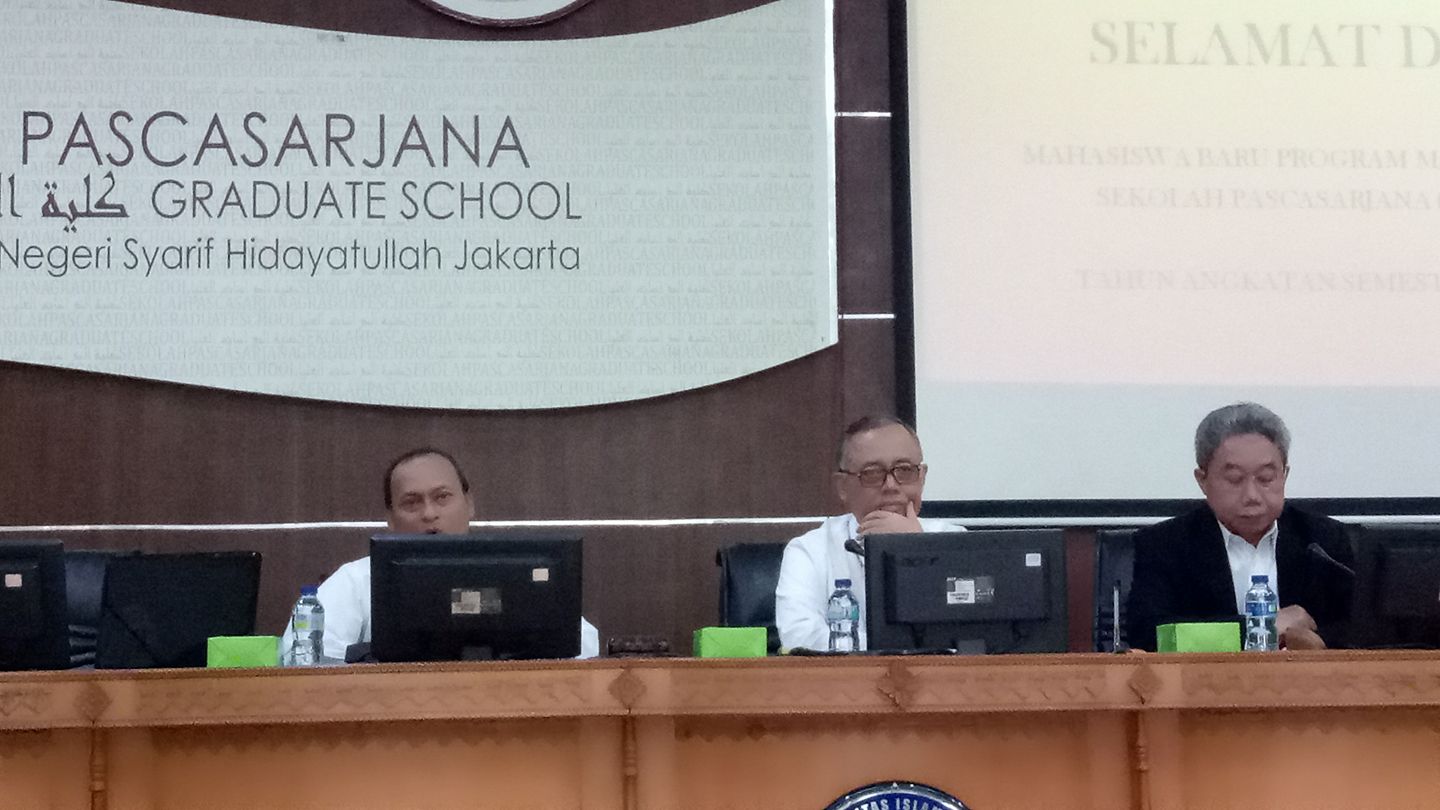 SPs, UIN News Online â€“ UIN Syarif Hidayatullah Jakarta is committed to develop itself as World Class University (WCU). With WCU, UIN Jakarta is expected to gain international recognition as one of the international quality universities.

This was conveyed by Rector of UIN Jakarta Prof Dr Dede Rosyada MA during the opening of orientation day for the new students of UIN Jakarta Graduate school (SPs), Monday, (8/28/2017).

According to Dede, WCU program is planned to be achieved in 2032. In the period of 2032, UIN Jakarta will stand in-line with other world class universities. To achieve this WCU, UIN Jakarta will continue to improve its academic quality, improving the quality of both its teaching and administrative staffs, as well as opening the International Office to handle the international promotion.

WCU, he continued, will make UIN Jakarta as a research-based university. We will increase the research funding, research fellowship, visiting professor, and increasing the number of international students studying at UIN Jakarta.

â€œSPs UIN Jakarta campus is the cleanest campus compared to other graduate school in several universities, for that, let us keep the conducive situation,â€ he said. (usa)