Rector: UIN Jakarta is currently on the track and continues to pursue WCU 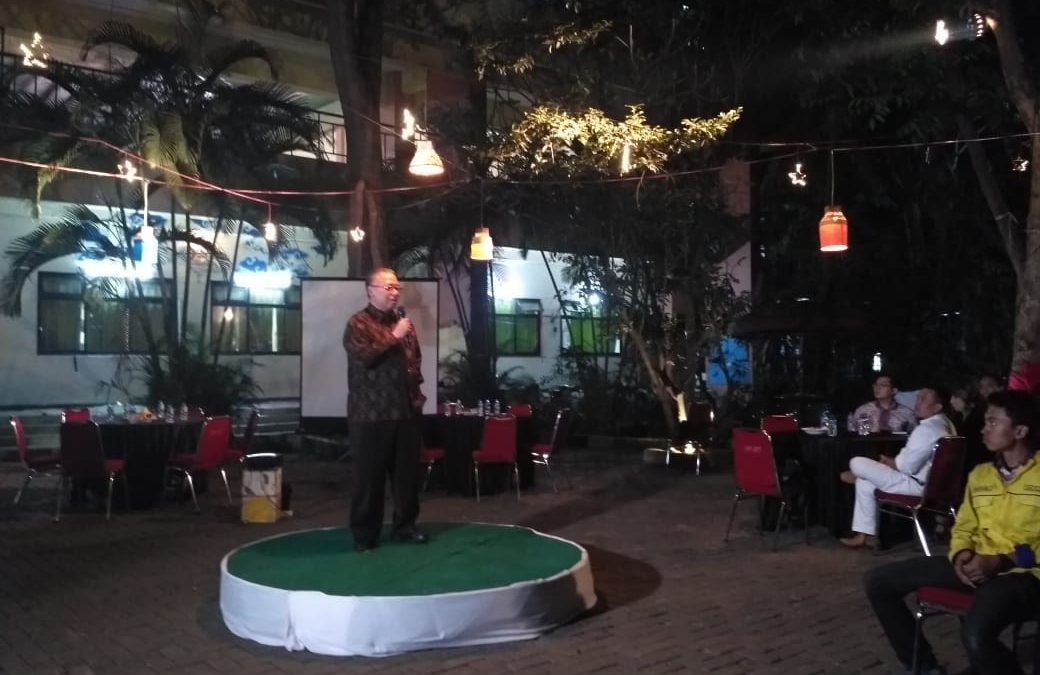 SC Garden, UIN News Online – Being a World Class University (WCU) is a Ministerial mandatory given to five PTIN including UIN Jakarta. However, only UIN Jakarta is already on the track and continues to pursue these goals.

This was conveyed by Rector of UIN Jakarta Prof Dr Dede Rosyada MA when giving an opening speech at UIN Jakarta’s 61st Anniversary program, Saturday (07/28/2018), at the Student Center (SC) garden, campus I of UIN Jakarta.

He also explained that UIN always upholds pluralism, peace, and denounces everything that leads to violence and radicalism.

“If UIN Jakarta has been recognized by the world community, then UIN Jakarta will help to disseminate the essence of Islam rahmatan lil alamin through various positive thoughts as explained earlier,” said Dede.

“The number of international journals currently almost reaches 500, and the number will continue to increase,” he added.

In addition, Rector also conveyed the achievements of UIN Jakarta, including AUN QA certification. With the acquisition, alumni UIN Jakarta will be able to develop their career in ASEAN countries.

At the end of his speech, rector also congratulated and appreciated the UIN Jakarta’s 61st Anniversary committee, as well as students who had enlivened the series of activities.