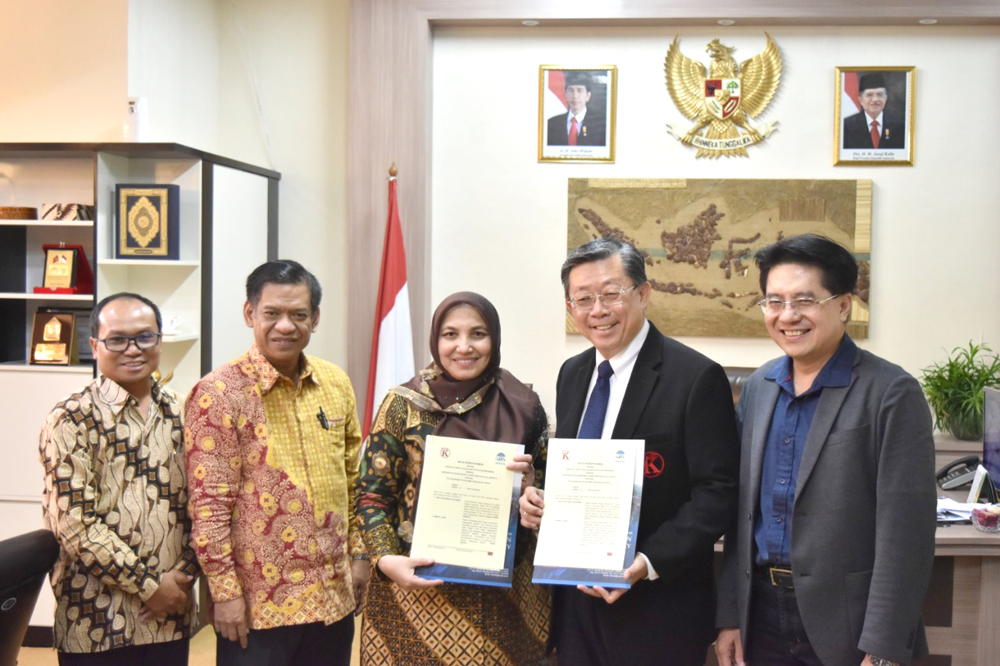 Rectorate, UIN News Online – Rector of UIN Jakarta Amany Lubis signed a memorandum of understanding between UIN Jakarta and STT Baptis Kalvari, Tuesday (07/30/2019). The MoU will focus on academic development for both institutions

Head of STT Baptis Kalvari Ang Harjunadi Sudarma said that his institution will send said that Kalvari will send a number of teaching and administrative staff to continue their doctoral degree program at SPs UIN Jakarta.

“The first phase of the plan will be carried out in this year,” said Ang.

According to Ang, cooperation with UIN Jakarta, especially with the SPs UIN Jakarta is based on a relationship of diversity and brotherhood. That is because the two educational institutions are both under the auspices of the Indonesia’s Ministry of Religious Affairs and have a shared mission in fostering their respective people.

In response, Rector of UIN Jakarta Amany Lubis positively welcomed the collaboration between UIN Jakarta and STT Kalvari. Amany also said that UIN Jakarta has a concern in fostering mutual tolerance and diversity.