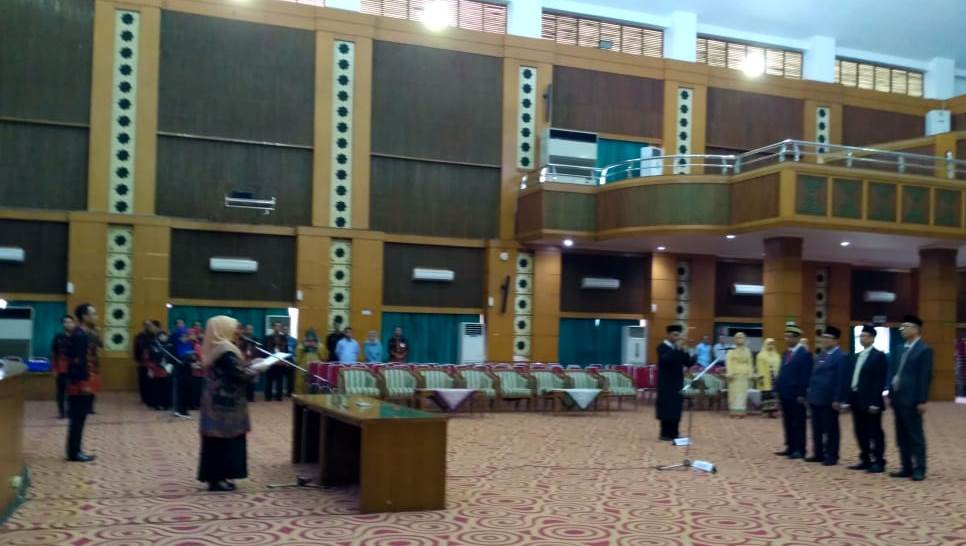 Amany in her remarks congratulated the new Vice Rectors who will be mandated to dedicate all of their efforts for the sake of UIN Jakarta. “We have a heavy task ahead, but everything can be done with the synergy of all components at UIN Jakarta,” said Amany.

On the same occasion, Rector also delivered her deepest gratitude to the former Vice Rectors period of 2014-2019 who had contributed greatly to the progress and improvements of UIN Jakarta.

“We would like to thank you for the commitment and dedication, it is our duty to give the best for the progress of our beloved campus,” said Rector.

Rector also emphasized that in addition to continuing the previous leadership programs, she and all the ranks of leaderships will cooperate in developing and reorganized the public relations, finance, and administration in general. (usa)