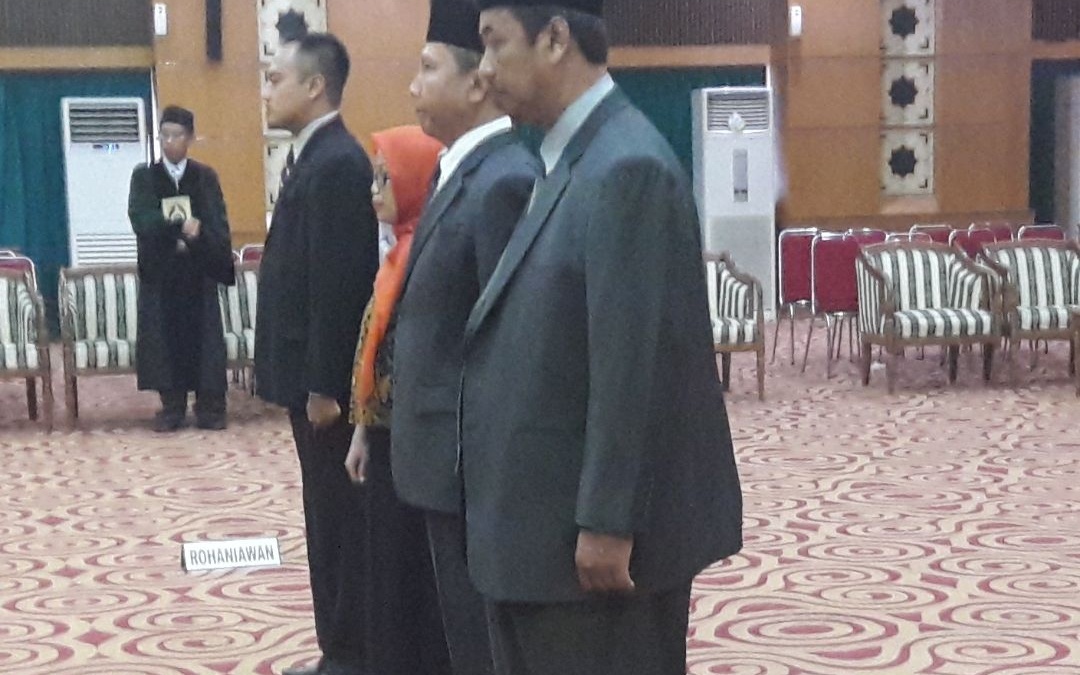 The four officials are Ali Munhanif Ph.D as the head of Institution for Research and Community Engagement (LP2M), Dr Abdul Rozak MS.i as the head of center for business development, Fuad Lutfi S.Kom as Sub-division Head of Data and Planning information, Bureau of Planning and Finance (BPK), and Asriati S.Sos as Sub-division head of general administration, Graduate School (SPs) UIN Jakarta.

Ali was sworn in to replace Prof Dr Arskal Salim GP MA who was appointed as Director of Islamic Higher Education, Directorate General of Education, Ministry of Religious Affairs, while Rozak succeeded Dr. H. Abd Razak Sastra MA, Associate Professor from the Faculty of Da’wah and Communication Sciences. While Lutfi and Asriati, each received promotion from previous positions as administrators in the financial division and Center for Research and Publishing.

In his remarks, Rector expressed his sincere congratulation and hoped that the newly inaugurated officials would be able to carry out the mandate of their new assignment. “This position is a mandate to assume greater responsibility to bring UIN Jakarta as the university that are appreciated by the public at national and international level,” said Rector. (usa)