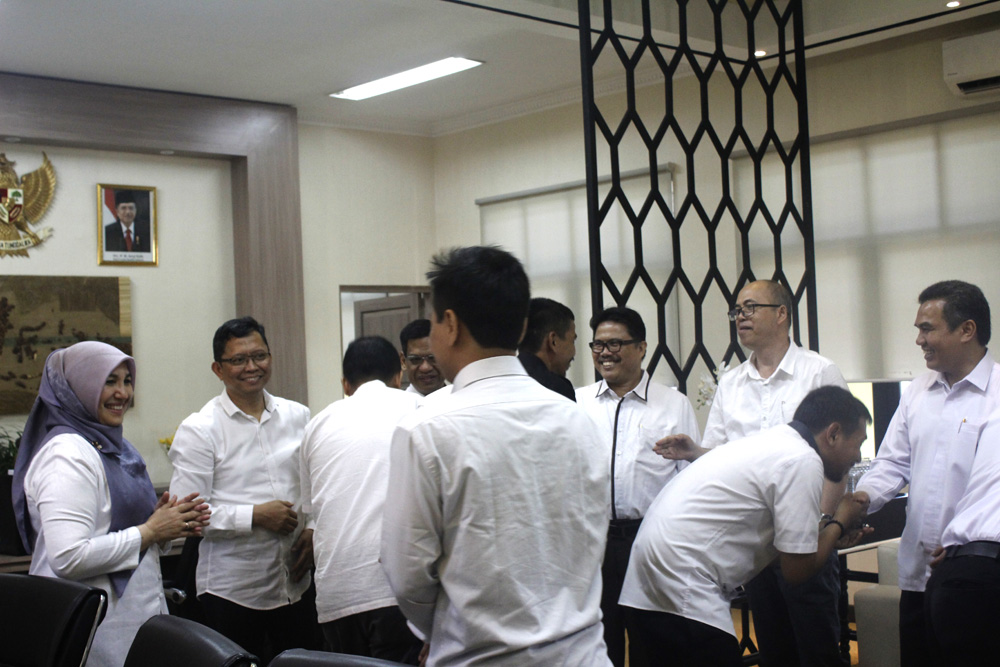 On the event, Rector wasn’t only receiving internal guests, he also appeared to receive visitations from several inspectors from the central Inspectorate General of the Ministry of Religious Affairs. They were in touch in a silaturahim moment and at the same time reviewing the activities of the first day of work after having Idul Fitri holiday and annual leave in 2019.

Separately, Sub-division Head of Documentary and Publication Samsudin informed that the big  family of UIN Jakarta will hold Halal bihalal 1440 H event. The event will take place at Harun Nasution Auditorium on June 11th, 2019 starting at 07.00 a.m. The event will be attended by all academic community of  UIN Jakarta.

“According to the plan, the Indonesian Religious Affairs Minister Lukman Hakim Saifuddin will come and deliver a Halal bihalal speech,” said Samsudin. (usa)