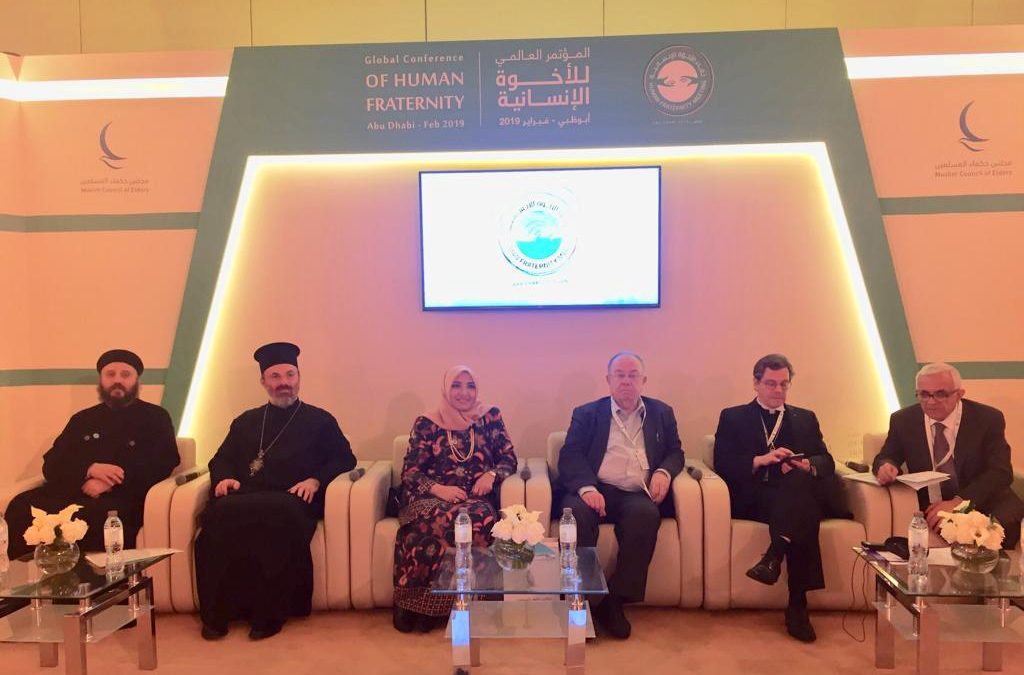 Rectorate, UIN News Online – Rector of UIN Jakarta Amany Lubis became a guest speaker at the Global Conference of Human Fraternity in Abu Dhabi on 3-4 February 2019. On the occasion, she delivered a number of ideas on the importance of maintaining the tolerance and human fraternity.

The conference, which organized by the Muslim Council of Elders, headed by Grand Imam of Al Azhar Sheikh Ahmed El Tayyeb, and in conjunction with the historic visit of Head of the Catholic Church and sovereign of the Vatican City State Pope Francis to UAE.

Under the patronage of Sheikh Mohamed bin Zayed Al Nahyan, Crown Prince of Abu Dhabi and Deputy Supreme Commander of the UAE Armed Forces, this event aims to highlight the critical importance of the principle of fraternity and peaceful coexistence.

When met by UIN News online in her office, Wednesday (02/06/2018), Rector admitted that she was impressed with Abu Dhabi as the host for this conference. “Pope Francis’s first visit to the Gulf Region will strengthen the reputation of the UAE in realizing the peace and harmony between religious groups and human fraternity,” said Amany.

According to Rector, UIN Jakarta has been very responsive to humanitarian issues, including religious tolerance. “UIN Jakarta up to now continues to mobilize humanitarian assistance for the sake of humanity. May we all become an agents of this progress,” she concluded. (usa)