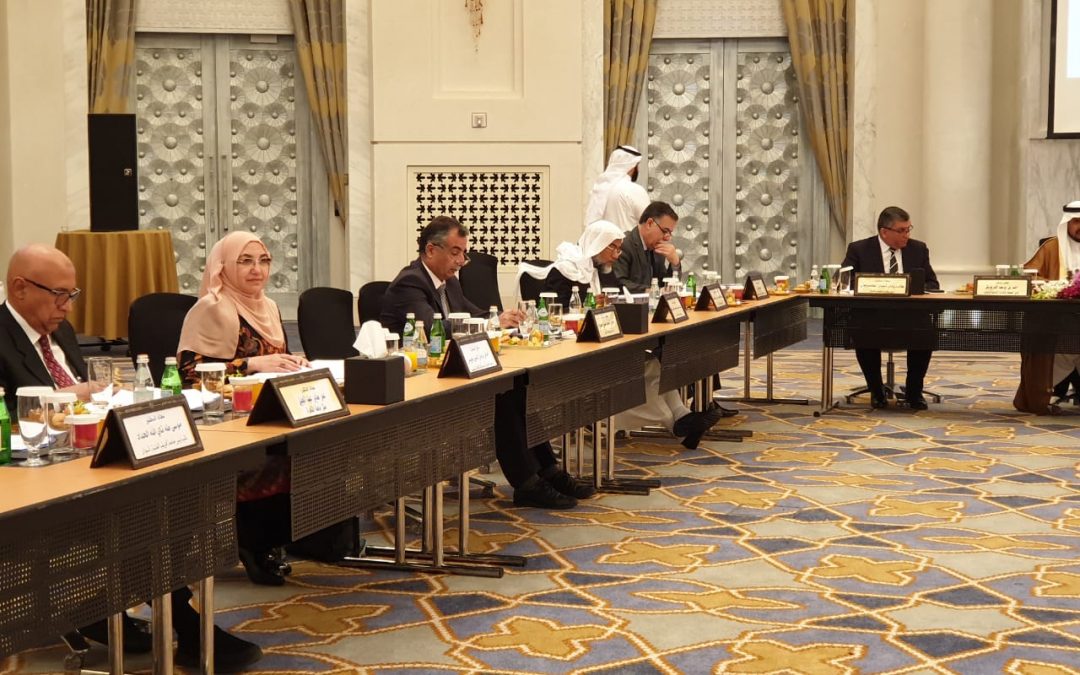 Makkah, UIN News Online – Rector of UIN Jakarta Amany Lubis, along with along with a number of chancellors from 40 world Islamic universities attended the 11th Conference of the League of Islamic Universities (Rabithah al-Jamiat al-Islamiyah) at the Hilton Hotel, Mecca, Kingdom of Saudi Arabia, on April 18-19th, 2019.

In addition to electing a new President and Secretary General of the Islamic University League for the period of 2019-2023, conference also aims to discuss the development of universities that are members of the organization.

During the conference, The League of Islamic Universities (LIU) elected Mohammed bin Abdul Karim Al-Issa, secretary-general of the Muslim World League (MWL), as president at its 11th General Conference. As for the position of Secretary General, The League of Islamic Universities elected Usamah al-Abd Usamah, to replace Ja’far Abdul Salam who passes away.

Rector Amany Lubis said, UIN Jakarta was very interested in joining and becoming a member of Rabithah. According to Amany, UIN Jakarta can participate in encouraging the development of Islamic knowledge in the world.

“This shows that UIN Jakarta has an international reputation that is recognized not only in the Western world but also in the Islamic world,” said Rector. (usa)