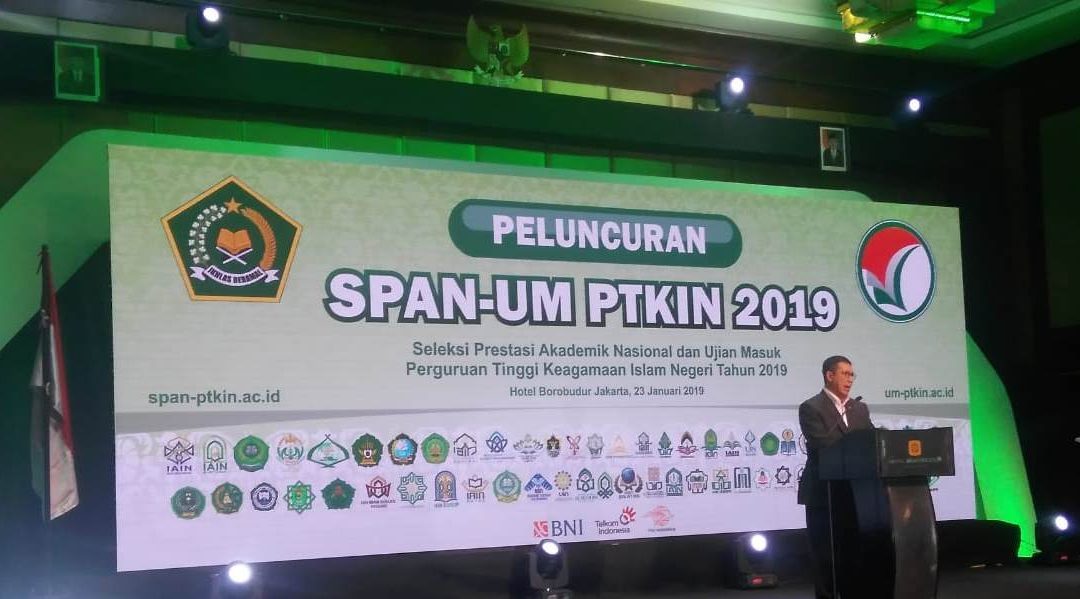 The event begins with focus group discussion on the quality improvement of SPAN-UM PTKIN implementation, was attended by Religious Affairs Minister of Indonesia Lukman Hakim Saifuddin, Chairman of PTKIN Leadership Forum Babun Suharto, Chairman of SPAN-UM PTKIN Musafir, PTKIN Rectors and Vice Rectors for Academic Affairs from all over Indonesia.

This was conveyed by Sub-division Head of Publication and Documentary of UIN Jakarta Samsudin to UIN News Online shortly after the launch event.

“In 2019, the PTKIN admission types consists of performance-based test (SPAN) and local recruitment (UM). The registration for SPAN PTKIN will be opened soon, the technical guidance (Bimtek) will be held on this evening,” said Samsudin.

Separately, the executive chief of SPAN-UM PTKIN said, “Due to an increasing number of registrants every year, we will continue improve the quality of both SPAN and UM implementation,” he said.

He also added that the committee had made various improvements in order to implement a better selection process. Additionally, the student admissions quota has also been increased.

For information, SPAN-UM PTKIN is a national admission type followed by state Islamic universities under the ministry of religion, namely UIN, IAIN, and STAIN, and held simultaneously by the Organizing Committee determined by the Minister of Religion of the Republic of Indonesia. (usa)