Rector of UIN Jakarta appreciates the inauguration of the Unhan professor 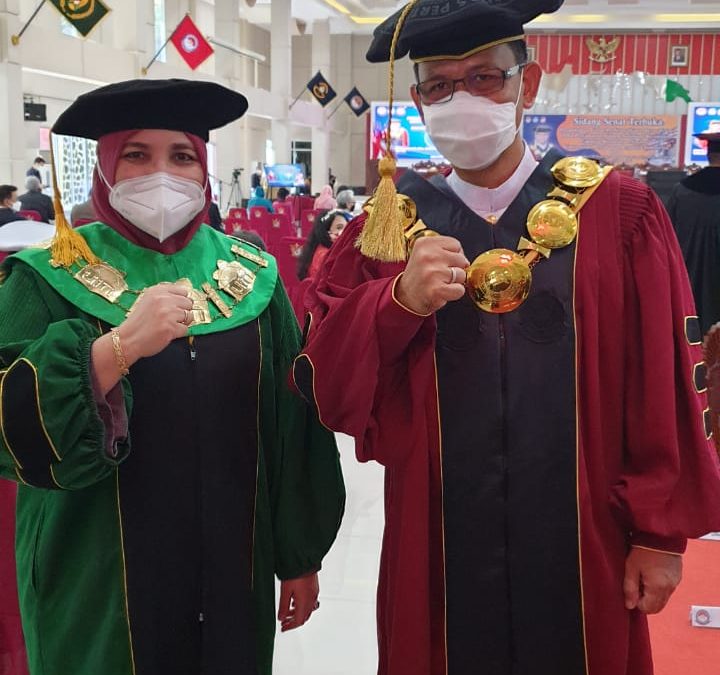 Sentul, UIN News Online – Rector of UIN Jakarta Amany Lubis expressed her appreciation for the inauguration of the Indonesian Defense University (Unhan) Professor Amarulla Octavian who also serves as rector at the university on Thursday (06/03/2021).

“Representing the academic community of UIN Jakarta, i would like to extend our highest aprreciation to the Rector of Unhan who was inaugurated as Professor of Defense Science in the Field of Security Sociology. Hopefully this achievement will continue to increase his academic contribution in the field of defense ansd security,” said Rector Amany.

Amany also added that this achievement is a positive future prospect for national security defense studies, especially in the field of maritime defense. “This is in accordance with Indonesia’s maritime security needs considering that Indonesia is an archipelagic country,” said Rector Amany.

In his inaugural speech entitled “Masyarakat Maritim 5.0 dan Ancaman Keamanan Maritim Digital”, Amarulla said, the construction of a future maritime society can be seen from the emergence of an embryonic maritime 5.0 society with the massive use of digital technology and the use of Big Maritime Data in daily practices in society.

The development of digital technology by the national maritime industry that allows economic growth to accelerate. However, this must be accompanied by efforts to protect and conserve the marine environment. “We need to ensure that Indonesia’s oceans can continue to survive to provide a source of food for future generations,” he said

He also revealed that a more optimal future national maritime security can be done by prioritizing community participation.