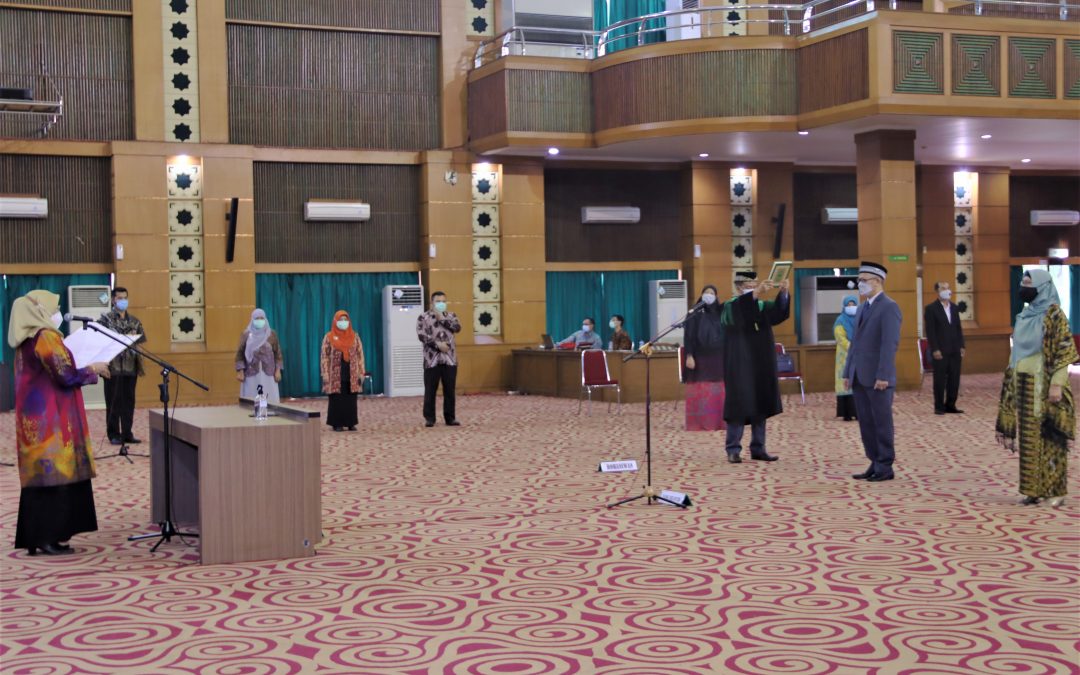 Rector in her speech congratulated and supported both Nasrul Hakiem and Siti Rohaeni to bring forward and further develop the Faculty of Science and Terchnology.

“To the appointed officials, congratulation, i hope this will bring significant progress to the FST and able to support UIN Jakarta towards internationally reputable university,” said Rector Amany.

She also added that UIN Jakarta is getting ready to transform it status into PTN BH University. If it came to be realized, become the first PTKIN to hold this status and UIN Jakarta will be equal to the leading State Universities in Indonesia.

“The Indonesian Minister of Religious Affairs Yaqut Cholil Qoumas provided us his big support for the transformation. Insha Allah, with our hard work and efforts, we can accomplish it as soon as possible,” she said.

For information, Nasrul Hakiem previously served as Vice Dean of Academic Affairs of FST. He was appointed as Dean of FST, succeeding Lily Surraya Eka Putri who currently serves as Vice Rector for Cooperation and Institutional Development of UIN Jakarta. (usa) 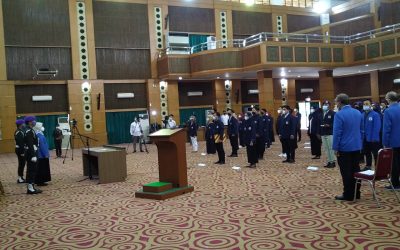