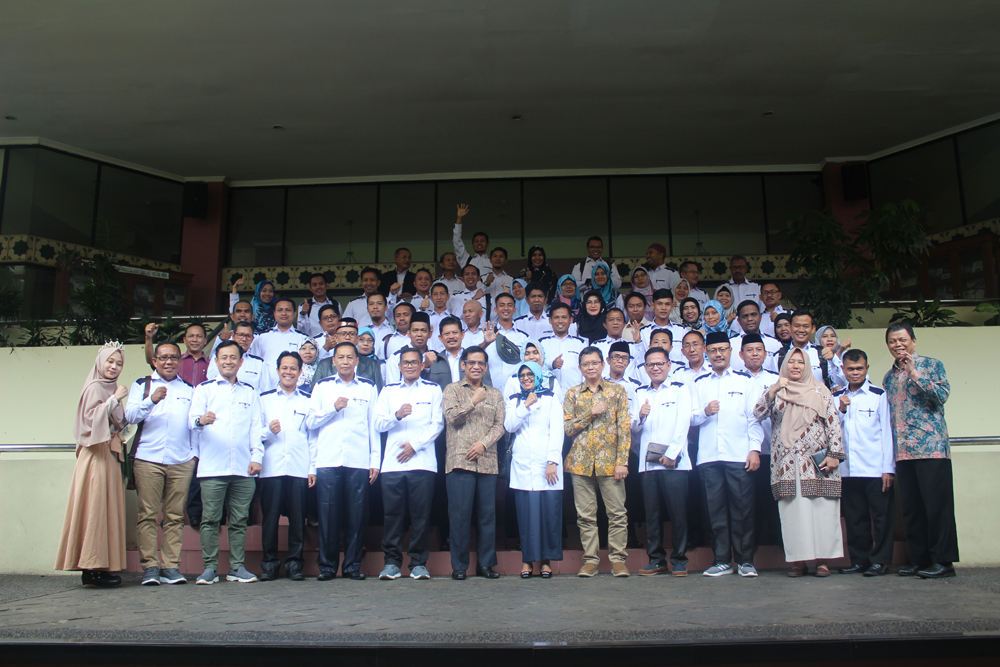 Rectorate, UIN News Online –UIN Jakarta has many forms of excellence both in academic or non-academic fields. Furthermore, it is not surprising that UIN Jakarta became the main reference for IAIN Kendari which is currently preparing its transformation to become a university.

This was said by the Rector of IAIN Kendari Faizah binti Awad during her visit to UIN Jakarta on Thursday (02/20/2020). Their visit was welcomed by Vice Rector for Cooperation Andi Faisal Bakti, Vice Rector for General Administration Ahmad Rodoni, and a number of Faculty Deans.

Faizah in her remarks said, the purpose of her visit was to study the UIN Jakarta’s development and experience as the first state Islamic religious university after its transformation from IAIN to UIN.

UIN Jakarta becomes the main destination of the IAIN Kendari visit because it had many forms of excellence and experiences, both local-regional and international, including the development of its infrastructure. The experience of UIN Jakarta, she said, will become a main reference for IAIN Kendari in transforming into a university.

“With so many experience and achievement, it’s only natural that IAIN Kendari will learn a lot from UIN Jakarta,” said Faizah.

She further explained, the transformation plan from IAIN to UIN had long been dreamed of. Various hearings have also been carried out, both with Commission VIII of the Indonesian Parliament and with the Indonesian Ministry of Administrative and Bureaucratic Reform (Kemenpan RB).

“Alhamdulillah, the commission VIII of the House of Representatives and the Kemenpan RB are agreed. Now we are just waiting for a decision from the Indonesian Ministry of Religious Affairs,” she said.

“For infrastructure, we have received assistance from State Sharia Securities (SBSN).  Regarding the human resources, it will be carried out gradually,” she added.

After the general dialogue, the event was then continued with internal discussions with several faculty leaders, such as the Tarbiyah and Teachers Training Faculty (FITK), the Da’wah and Communication Sciences Faculty (FIDK), the Sharia and Law Faculty (FSH), the Ushuluddin Faculty (FU), and the Economics and Business Faculty (FEB), as well as the signing of a cooperation agreement (PKS) between related faculties.

Previously, IAIN Kendari and UIN Jakarta have signed a Memorandum of Understanding (MoU) in developing the three pillars of higher education. The document was signed by the Rector of UIN Jakarta Amany Lubis and the Rector of IAIN Kendari Faizah binti Ahmad on Wednesday (02/19/2020) at the Zurich Expressio Hotel, Jakarta. (usa/ns)