Rector: Islamic and national values must be maintained 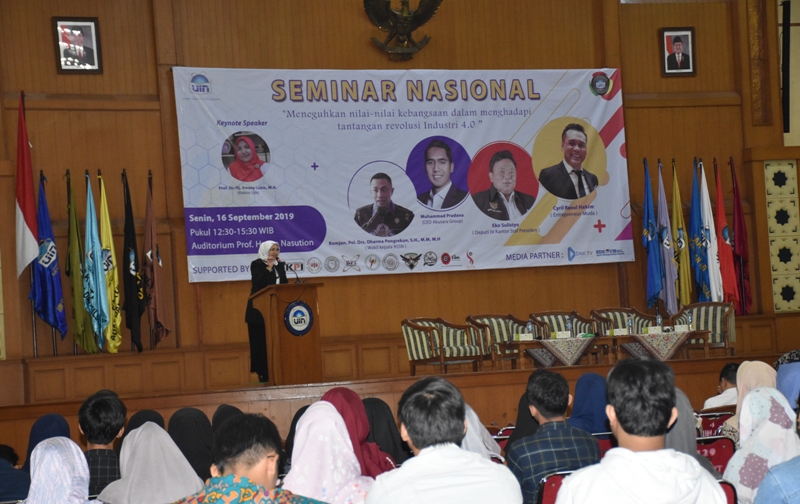 This was said by the Rector of UIN Jakarta Amany Lubis during her speech at national seminar held by BEM FIDK UIN Jakarta entitled “Meneguhkan Nilai-Nilai Kebangsaan dalam Menghadapi Tantangan Revolusi Industri 4.0”, on Tuesday (09/16/2019), at the Harun Nasution Auditorium, campus I of UIN Jakarta.

The Rector said that the progress of 4.0 industrial revolution was marked by automation. The presence of the internet with various types of smart communication devices makes them communicate freely and easily with one another.

“There is no absolute personal freedom. We must also put the freedom of others into our accounts,” said Rector.

The Chancellor also said that digitalization as a product of the industrial revolution has improved the quality of human life. Automation in various lines has provided significant progress. “Furthermore, we must maintain both Islamic national values.  This is because the two values will support each other in strengthening the bonds of all national elements,” she said. (usa/zm)