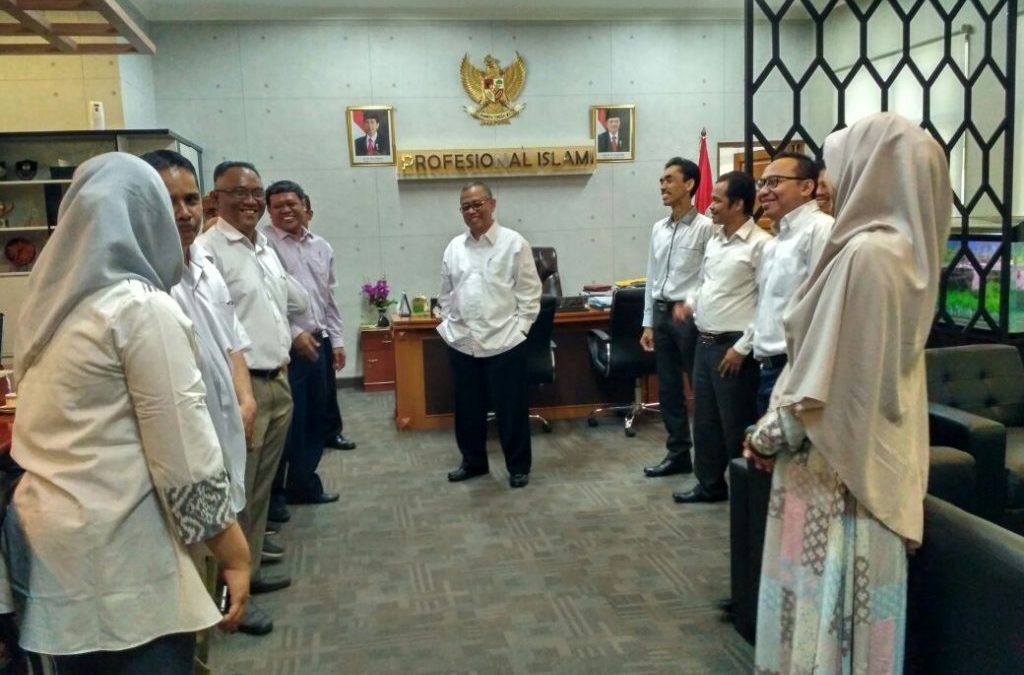 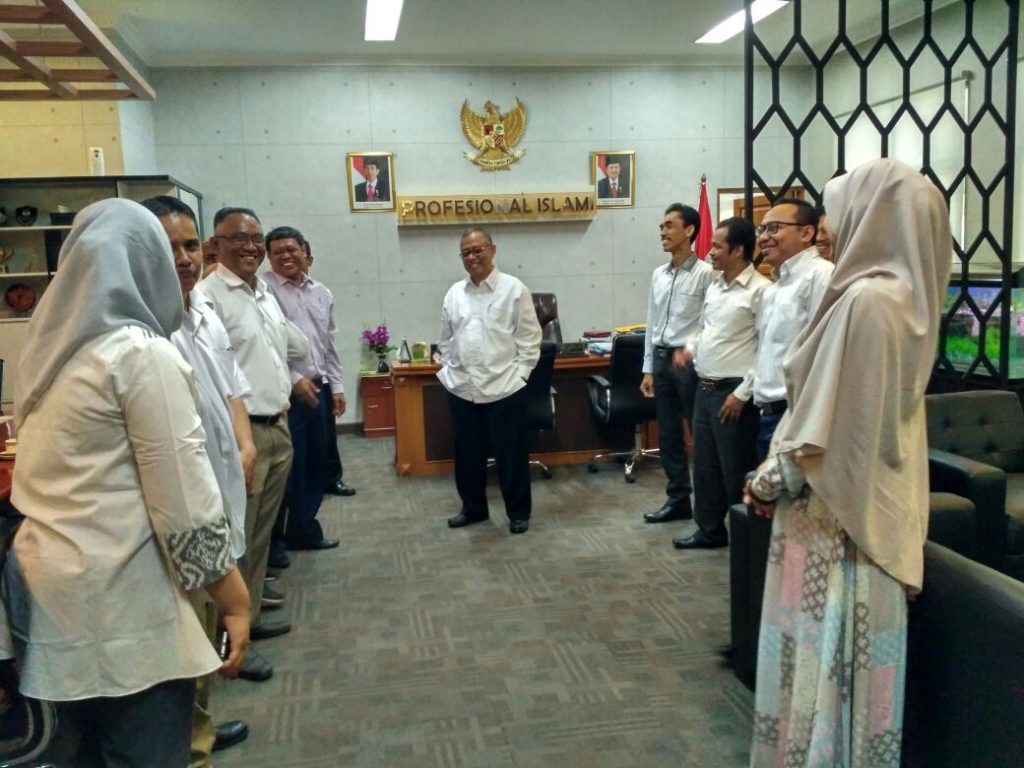 On the event, Rector wasnâ€™t only receiving internal guests, he also appeared to receive visitations from several inspectors from the central Inspectorate General of the Ministry of Religious Affairs. They were in touch in a silaturahim moment and at the same time reviewing the activities of the first day of work after having Idul Fitri holiday and annual leave in 2017.

The activities at the first day of work seemed to be much filled with hospitality and halal bihalal among employees in each working units. This scene was happening not only in Rectorate environment but also in every faculties.

The atmosphere at the first day of work seemed less crowded. At the regular schedule, we could see on every corner of the campus occupied with packed of students, today it looked relatively quiet. That’s because all students are still at their even semester holiday which was started from early July to early September.

“Only few students come today. And the employees are still busy having silaturahim in Ied mubarok moment, “said Feni Arifiani MH, Head of Sub Division of Publication and Documentation.

Moreover, the big family of UIN Jakarta will hold Halal bihalal Ied mubarok 1538 H. The event will take place at Harun Nasution Auditorium on July 12, 2017 starting at 08.00 a.m. The event will be attended by all civitas academica of UIN Jakarta. The event themed “Strengthening Friends of the Union and National Unity” will be filled with national lecture by Governor of Banten, Wahidin Halim.

“Insha Allah the Governor of Banten Mr. Wahidin Halim will come and give a Halal bihalal speech,” said Feni.

Feni said, halal bihalal event will be held in a simple way and will be attended mostly by internal employees. Therefore, he pushed all citizens of UIN Jakarta academic community to attend the event. (usa-im)