Rector: Alumni of UIN Jakarta must take part in the 4.0 industrial revolution 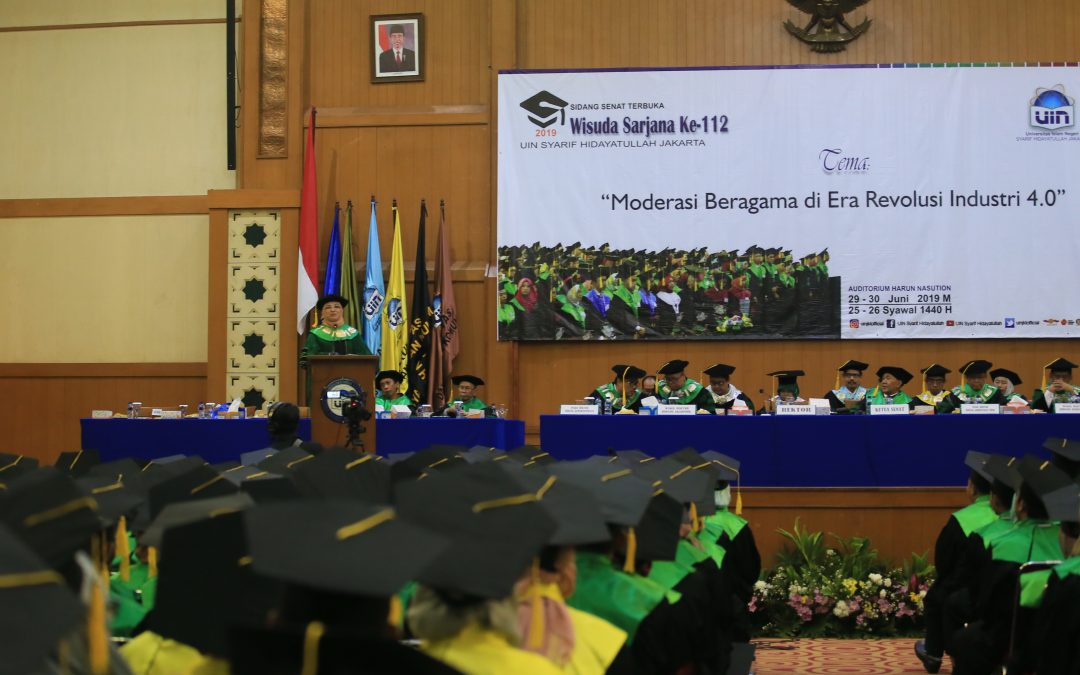 This was said during her speech at the 112th UIN Jakarta graduation ceremony, Saturday (06/29/2019), held at Harun Nasution Auditorium, campus I of UIN Jakarta. “I hope that UIN Jakarta alumni can provide more positive contributions for the sake of the nation and the country,” she said.

Internet of Things (IoT), Big Data, Artificial Intelligence (AI), smart vehicles, genetic engineering, , she explained, is a part of the innovations that come from the 4.0 industrial revolution. Progress in the industrial sector, she explained, will certainly bring changes to the social and religious order of mankind.

“As a higher education institution, we are required to produce graduates who are ready to face these challenges,” she said.

These various trends and challenges will be quite influential for the nation’s future. In addition to mastering their respective fields, graduates are also required to master various technological developments.

To anticipate various changes that may be present along with the progress of the industrial revolution, she continued, the alumni of UIN Jakarta need to encourage the implementation of religious moderation in the society.

“Religious moderation can be a framework for religious and state life in accordance with the principles of balance, justice and mutual respect,” said Amany.

She also added that religious moderation will provides a framework for humans to be more moderate, especially in the era of the industrial revolution. “We should be not undermined by the current digitalization. We must take control. Because we are humans, especially religious beings who are in charge of prospering the earth in peace and harmony,” Said Amany. (usa)