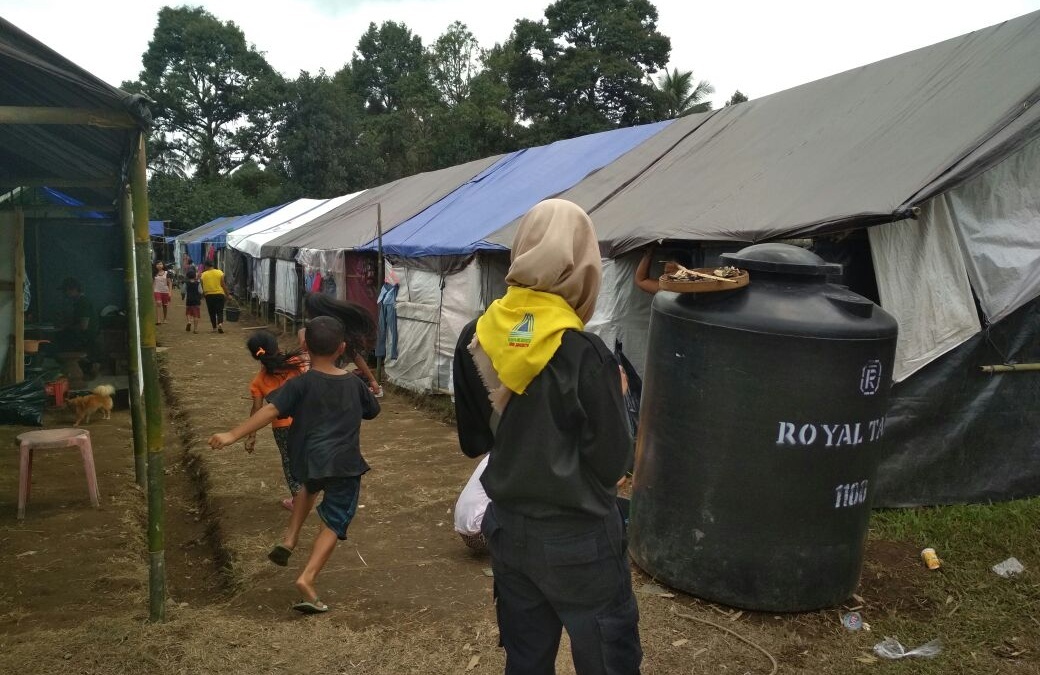 Based on reportage on the team of volunteers KMPPLHK RANITA UIN Jakarta, Wednesday (12/6/2017). Mujahidin, one of the volunteers sent to the point of disaster in Bali province reported that he had arrived since last weekend and was immediately involved in the process of disaster-affected rehabilitation.

Mujahidin claim to be grateful that he could arrive soon and be involved in the rehabilitation process.  “It has become a call for us, members of KMPLHK RANITA to participate to help the victims affected by this disaster,” he said.

RANITA UIN Jakarta also sent five other volunteers. All are divided into three groups. In addition to the Mujahidin, RANITA also sent Tika Nurlita to the point of disaster affected by Mount Agung eruption in Bali.

The second group, Lana Faiza Hasan and Mustazky Ishom were sent to volunteer for the disaster caused by floods and landslides in Yogyakarta. The last group, Denny Setiawan and Umm Ruqyah were sent to the point of flood and landslide disaster in Pacitan.

In addition to sending volunteers directly to the affected sites, RANITA UIN Jakarta also establish a disaster-caring post in the Faculty of Tarbiya and Teachers Training (FITK). This post will serve as a disaster data and information center as well as a center of public assistance.