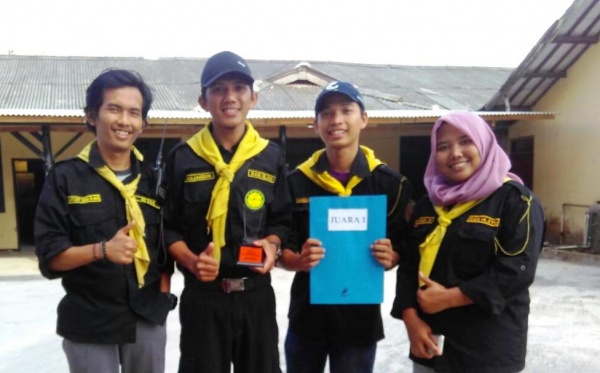 The competition itself is organized by Potential SAR Radio 115 West Java in cooperation with National SAR Agency (BASARNAS) West Java Branch. The event was held for the 46th anniversary of BASARNAS. A total of 58 organizations and institutions that are members of the SAR Potential in West Java, DKI Jakarta, and Banten are the competitors. Each organization sends two teams with five participants in each team.

Mujahidin said, during the two days competition, the team must perform a number of activities determined by the committee. On the first day, for example, the team conducted blood donation and radio talkshows about the importance of protecting the environment. New on the second day, the team follow the cross-country race.

He also added that the team must complete the challenge by crossing mountain hill in the village of Cikole. Trajectory tracks consisting of steep roads with a number of climbs and quite extreme derivatives must be taken no more than two hours.

The speed and timeliness of the team traveled with eight dismissal posts to be an important measure of jury assessment. And, from dozens of teams of participants, Ranita managed to become the first team to reach the finish line with 1 hour 45 minutes travel time.

Mujahidin who claimed the first time to follow the cross-country race admitted initially pessimistic that his team can win the competition. The reason, dozens of teams of participants come from nature experienced explorer organizations.

“Alhamdulillah, we can represent the organization and the alma mater, and able to achieve the first champion despite the limited group and inadequate preparation,” he said proudly. (usa)