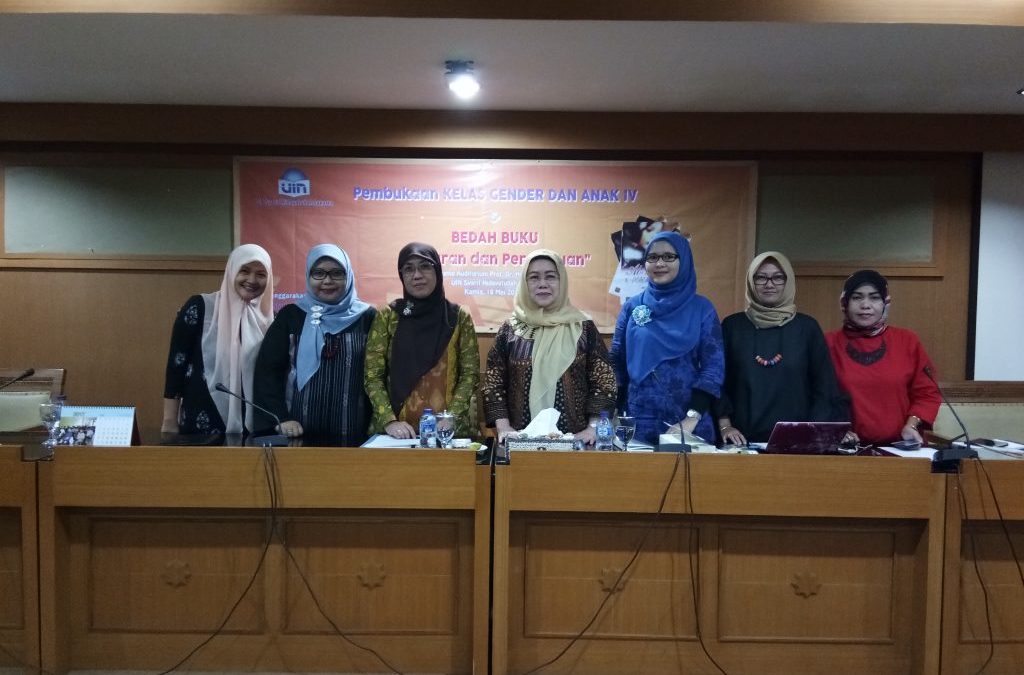 Diorama Room, UIN News Online – Gender and Child Study Center (PSGA) UIN Jakarta conducted it first class lecture of gender and child for the generation four class and book review “Al Qur’an dan Wanita ” at a time. This class has a purpose of studying gender issues, women’s empowerment and child protection. It was held in Diorama Room on Thursday (5/18).

In her speech, Rahmi explained that gender and child class was kind of activities which became PSGA routine programs. The activity had also done with the book review Al Qur’an and Woman at once. “This activity has been implemented since 2014. Since the activities first organized, it has received positive response from students, so, for that reason, PSGA then repeating this activity again, and this time this program is hold for the fourth generation class” said Rahmi.

Â­Â­She added, PSGA has become a pilot of other universities to study the same issues because not only PSGA was having successfully organized special class of gender and child study but also because this class conducted outside the regular course. Today, the PSGA has released a gender and child journal called Jurnal Harkat and currently there has been eight volumes published.

“This Jurnal Harkat is in the middle of accreditation process. We invite lecturers and students to publish their scientific articles, research, and scientific works to this prestigious journal, “she said.

At the same place, Fadhilah explained about the importance of doing this gender studies. According to her, when studying gender and issues related to the roles of men and women, usually people tend to feel that there is no problem happens at all. They have never experienced or felt of discriminatory treatment, never felt marginalized, never felt distinguished between brothers and sisters, and felt they got the same treatment.

“However, outside of their environment it turns out to be a lot different, from the results of previous researches showed an imbalance between what can be obtained between men and women and how their role imbalances in the community,” said Fadhilah.

Fadhilah also added that what she has been wanted is justice and cooperation between men and women in their social balances in family, society, and nation and state development. However, as we can see in the phenomenon happened there have been discoveries of many things differently. Having studied about these issues, the research proved out that one of the causes why these happen was people interpreting the real meaning of gender mistakenly.

“Therefore, this kind of gender study is needed, so it is expected a better and well conducted research on gender discourse,” Fadhilah explained (usa-im)