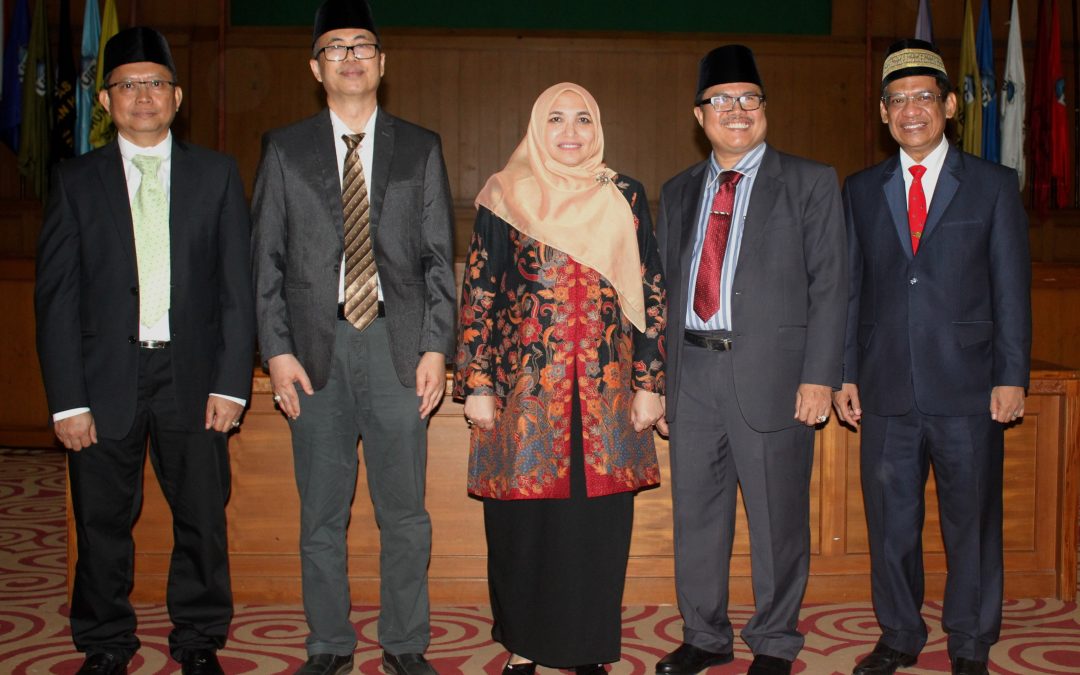 Before being appointed as Vice Rector for Academic Affairs, Zulkifli served as Dean of The Faculty of Social and Political Sciences (FISIP) UIN Jakarta. Additionally, Zulkifli, who was born in Bangka Belitung on August 13, 1966, is a Professor of Socio-Cultural Anthropology.

Zulkifli has completed his undergraduate degree at IAIN Raden Fatah, Palembang. Zulkfili continued his master’s education at The Australian National University and his doctoral degree at the Department of Islamic Studies, Faculty of Humanities, Leiden University.

When completing his doctoral study, Zulkifli wrote a dissertation entitled “The Struggle of the Shi’is in Indonesia” under the supervision fromC. van Dijk and N.J.G. Kaptein. In addition to teaching and conducting research, Zulkifli wrote dozens of scientific articles and a number of reference books.

Ahmad Rodoni, before being appointed as Vice Rector of General Administratiom, he served as Deputy Director of Graduate School (SPs) of UIN Jakarta. Rodoni, who was born in Jakarta, February 3, 1969, completed his undergraduate degree at Trisakti University, then Master of Management from Gadjah Mada University, and doctoral degree from the University of Kebangsaan Malaysia.

Outside of his teaching activities, Rodoni also produced a number of Islamic financial research and publications. As a Putera Betawi, Rodoni also established the Center for Betawi Studies in 2015.

Masri Mansoer, before being appointed as Vice Rector for Student Affairs, he served as Dean of the Faculty of Ushuluddin (FU) UIN Jakarta. Masri, who was born in Paninggahan Solok on October 6, 1962 completed his undergraduate study at IAIN Syarif Hidayatullah Jakarta. Masri continued his master’s degree at Muhammadiyah University, Jakarta. Masri successfully completed his doctoral degree at the department of Extension Development, Bogor Agricultural Institute (IPB). Masri also active in conducting research and published a number of academic works in various journals.

Andi M Faisal Bakti, before being appointed as Vice Rector for Cooperation, he is a Professor of Communication Sciences at the Faculty of Da’wa and Communication Sciences (FIDK) UIN Jakarta. Andi, who is a communication expert born in Wajo, South Sulawesi, on November 15, 1962, took his undergraduate education from IAIN Alauddin Makassar in 1986, Master’s program in Intercultural Communication from McGill University in 1993, Doctor of Universite du Quebec a Montreal (UQAM), Canada, in 1998.