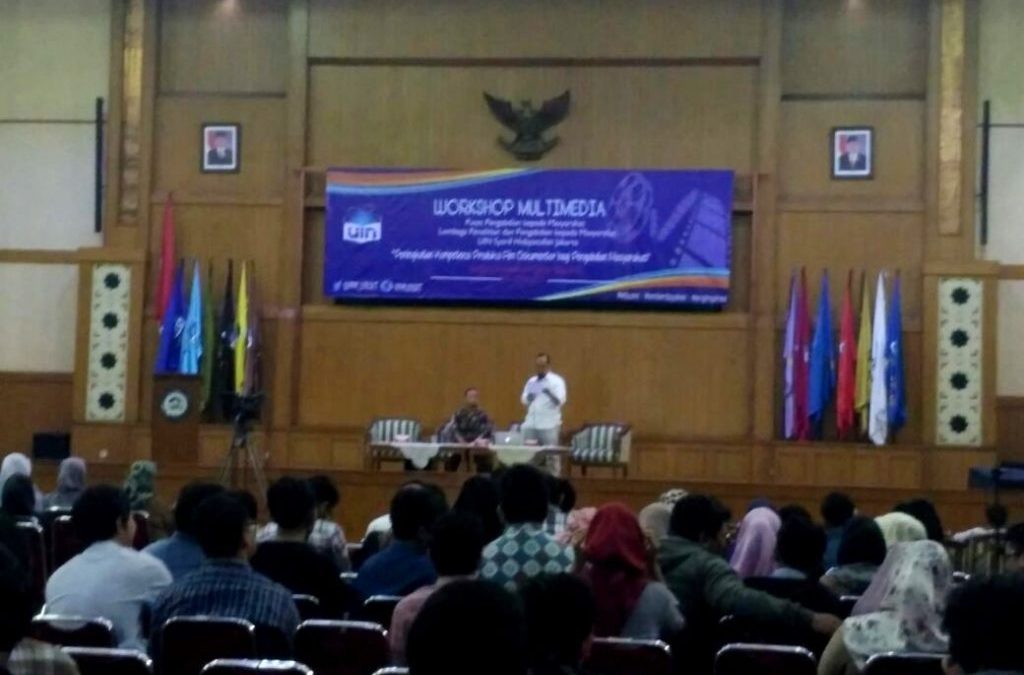 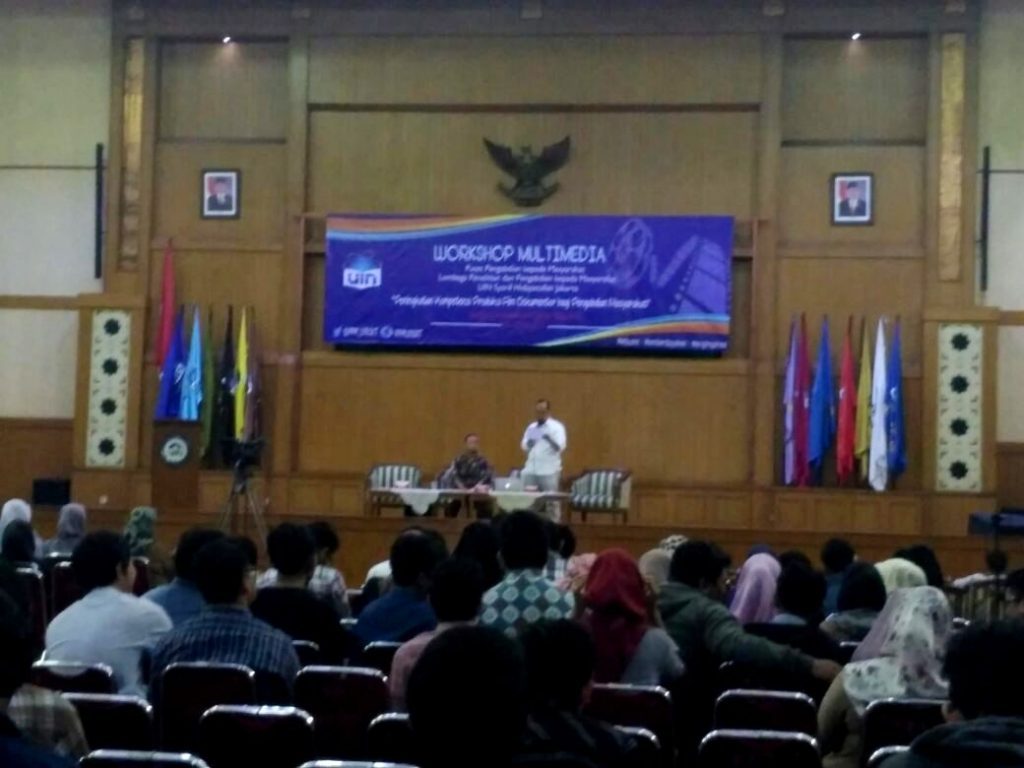 The event that is attended by KKN (Coomunity Outreach Program) Student 2017 is held on order to improve the multimedia skills of UIN Jakartaâ€™s student. They will perform KKN on July 25 to August 25, 2017 in selected areas. Present as guest speakers, head of news support of SCTV Merdi Sofyansyah and Dedi Fahrudin (DNK Tv).

According to Merdi, Multimedia can be interpreted as an application used in the learning process or as a tool for generating technology-based evaluation report. Additionally, documentary also serves as a means of delivering messages (knowledge, skills and attitudes).

â€œDocumentary film can also be a medium that can stimulate the thoughts, feelings, attention and willingness, so that the learning process will deliberately occurs,â€ said Merdi.

For information, all KKN 2017 participants must attach documentary film about their KKN activities as a report.

KKN is a part of Three Pillars of Higher Education which comprises Education, Research and Community Outreach.

On the same occasion, the Head of Center for Community Outreach (PPM) UIN Jakarta Djaka Badranaya SAg ME to NEWS UIN Online said that the activity reports in a form of Documentary Film is aimed to present facts about a situation of KKN areas Â as well as for study and evaluation materials.

â€œThe substance of this program is as an educational medium for students to interact with individuals in groups, with the community, even to interact with community problems that are still existed today,â€ said Djaka. (usa)