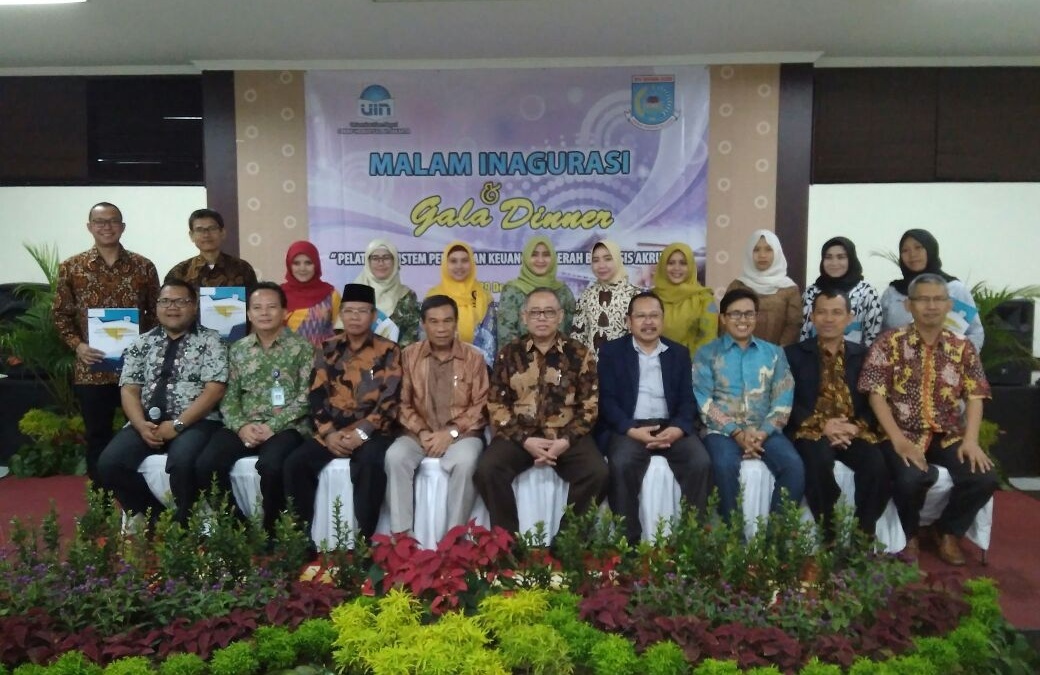 Ciputat, UIN NEWS Online – Center for Community Service (PPM) UIN Jakarta closed a series of accrual-based financial training for 30 municipal finance managers of South Tangerang City, Friday (29/12/2017). Activities are expected to be extended in the coming year following optimism over the positive impact on improving the quality of bureaucratic performance.

In the closing, the Rector appreciated the South Tangerang City Government entrusting the training of his government apparatus to UIN Jakarta. As a university in the South Tangerang region, he explained, the belief is directly proportional to the obligation of UIN Jakarta to help improve the human resources around it. “So that UIN Jakarta also does not become an ivory tower,” he said.

As the only accredited A-university in Banten Province, he said, the trust of Tangsel City Government entrusted the training for its staff to UIN Jakarta is quite appropriate. Moreover, almost 68-70% of his study program is also almost accredited A.

“With that composition, UIN Jakarta has qualified faculty resources. Financial reporting training, there is an accounting lecturer. Entrepreneurship, there is a management program. And so on, “he explained.

“The issues are putting public finance not just financial, but rather put in the context of development of resources to Indonesia, Tangselan, and integrity in the management of public funds,” he explained.

“In the future, perhaps not only the financial institutions, but also there are agencies in the municipal government are interested to cooperate. We hope that cooperation (training, ed.) Can continue, “he said.

Syarif Hidayat, one of the participants of the training program claimed to gain a lot of knowledge and experience in managing accrual public finances. He hoped the training was also received by other government officials in Tangsel City. “It is very beneficial in improving the quality of performance,” he continued. (usa)