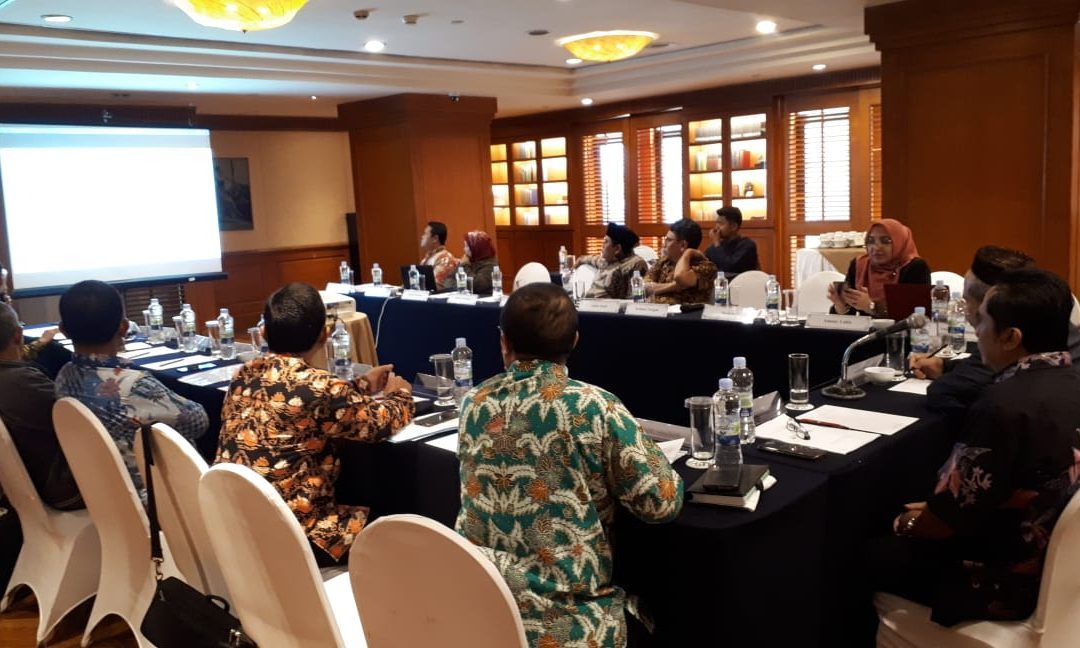 Also present in the event, Rector of UIN Jakarta Amany Lubis. Rector in her remarks appreciated the implementation of the FGD. She also hopes that this activity could provide positive output for the participants.

“This FGD is considered very important, not only for the current situation, but also for future situations,” said Rector.

The Chancellor also added that research institutions in the UIN Jakarta environment should be able to counter “oblique” news about UIN Jakarta, more specifically related to religious moderation. Since long time ago, UIN Jakarta has always upheld religious tolerance and peace.

“There are several things that we need to evaluate related to religious moderation, especially at UIN Jakarta. I take an example, in the case of new admissions, there should be a more rigorous screening for new students who enroll in the PAI department of, related to their religious understanding,” she said.

On the same occasion, Executive Director of PPIM UIN Jakarta, Ismatu Ropi, in his speech said, that the participants could discuss religious moderation through this event “We will talk about the Tarbiyah Faculty which has a very important position in producing good religious teachers,” he said.

He also added that based on data reviewed by the CISForm, shows that there are problems found, such as prospective PAI teachers unable to recite Qur’an well.

“We must discuss this matter so that it can be addressed immediately,” said Ismatu Ropi.

For information, this FGD produced several important points which could be used as a reference as an effort to minimize intolerance among PAI teachers. These points include the need for more in-depth surveys and research with new instruments related to intolerance among PAI teachers. The National Development Planning Agency ensures that religious moderation messages are included in various policies and programs in each ministry and institution and establish work coordination mechanisms. While the Ministry of Religiious Affairs will optimizes the role of supervisors in the PAI study program at PTKI, the Directorate General of Islamic Education in order to carry out the monitoring results. As for the rectors, they must ensure that the PAI curriculums in the LPTK are in line with PMA 15/2018 on Educational Workforce Education Institutions, Article 8. (usa/lrf/iqbal)