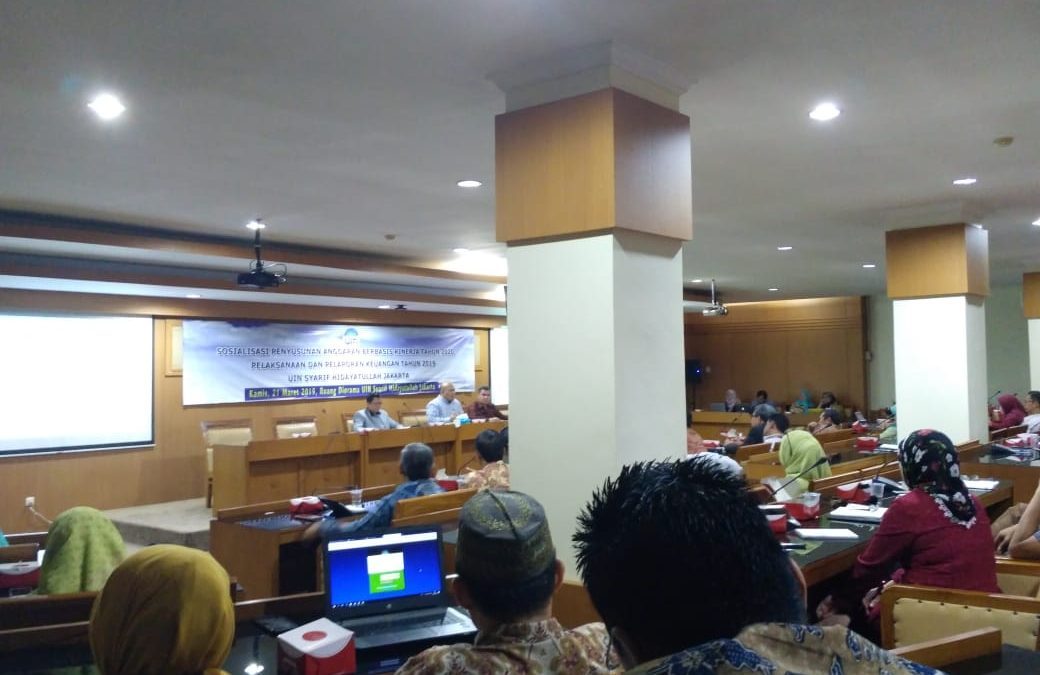 Present in the event, Vice Rector for General Administration Ahmad Rodoni, Bureau chiefs, Deans, Deputy deans, the head of the institution, was officially opened by the the Planning and Finance Bureau Chief, Khairunas.

Khairunas in his remarks said that this activity will help the ranks of leaders in UIN Jakarta in understanding the procedures and financial regulations. “It is expected that all of us can realize the applied regulations and avoids the budget misuse practices and corruption (KKN)” he said

According to Khairunas, KKN was caused by three factors; violated regulations, the desire to enrich themselves or partners, and harm the state’s finances.

“Hopefully, we can avoided it at all costs,” said Khairunas

Present as speakers, Head of State Treasury Service Office (KPPN) Fauzi Samsuri. He gave a presentation on how and what kind of realization of the rules that apply in the use of the State budget.

“In using the state budget, things such as planning, implementation and accountability reports are considered very important. After completing any activity, it is expected to immediately make the accountability or report as good as possible. No need to make it up, because everything has been arranged in the SBM,” said Fauzi.