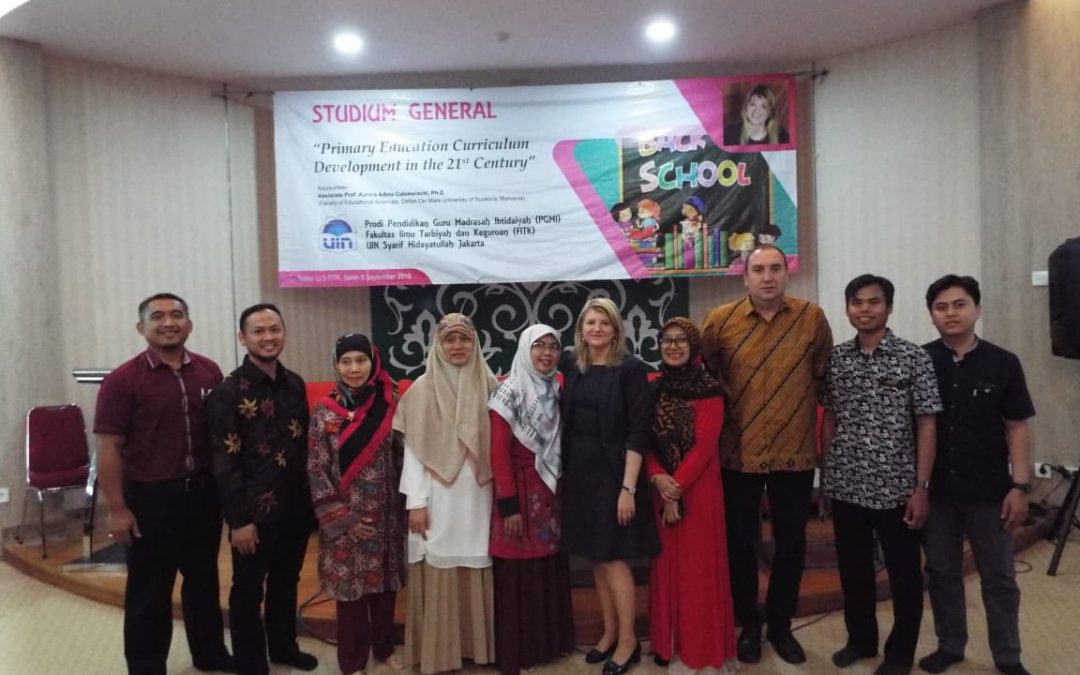 Aurora in her presentation motivated students to prepare themselves to face future. According to Aurora, the next generation is required to develop curiosity, imagination, tenacity and self-regulation.

“In this 21st Century, you have to get used in facing various failure and refusal to moving forward and be motivated to achieve the best results,” she said.

She also added, in order to achieve the best results, students must continue to hone and develop their skills. There are three skills that must be possessed by students. First, learning skills which is used to communicate, collaborate, think creatively, and think critically in learning activities.

Second, literacy skills, which are used to access various information, media, and technology.

“And lastly, life skills, which is the ability to live in a flexible, productive, initiative, socializing in order to survive in the community,” said Aurora.

Next, Aurora ended her presentation by reminding students had to do various preparations early so that they would not regret later. (usa/lrf/mf)