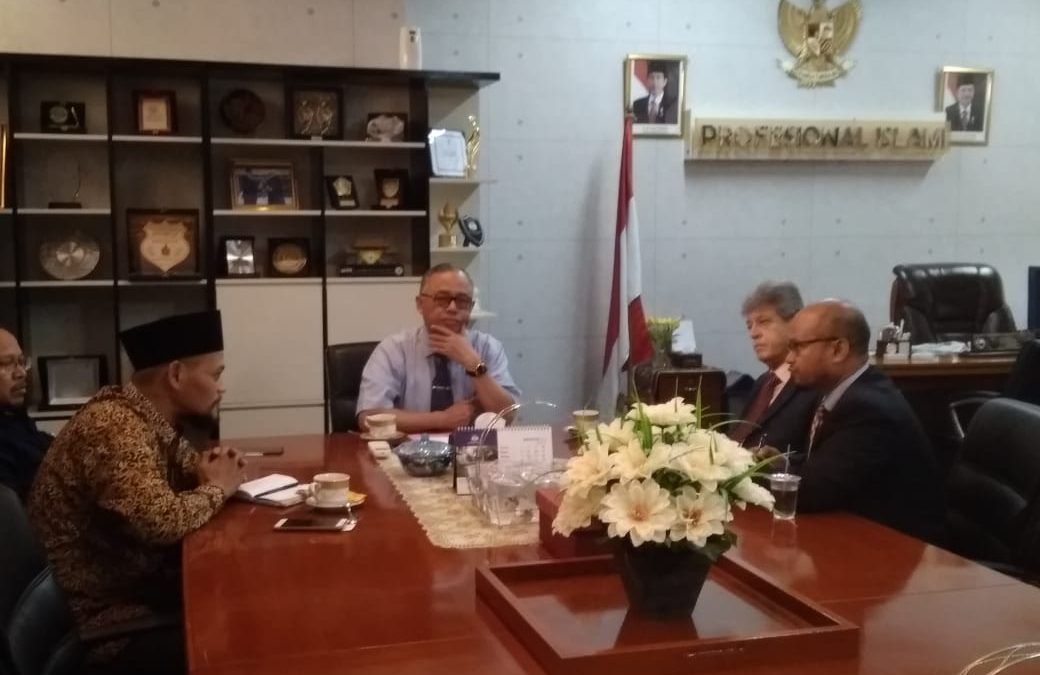 Rectorate, UIN News Online – The Palestinian Government wants to send its students to study at UIN Jakarta, this was conveyed by the Palestinian Ambassador to Indonesia HE Zuhair Saleh Muhammad al-Shun during his visit to UIN Jakarta, Thursday (08/30/2018).

“We want to advance the quality of the young generation by sending them to study in Indonesia, and UIN Jakarta was chosen to be one of the main destinations,” said Zuhair.

Zuhair said, young people who are educated become one of the priorities in developing the Palestinian community in the future. For this reason, Palestinians want to send their young generations to study in various universities, especially UIN Jakarta.

In response, Rector of UIN Jakarta welcomes the hopes of the Palestinian people to send their students to UIN Jakarta. “We have a number of faculties based on Islamic and secular sciences,” said Dede.

The Vice Rector for Cooperation Affairs Murodi MA also added that UIN Jakarta has received many international students from various countries. They study in various faculties and study programs, both undergraduate, master’s, and doctoral degree. (usa)