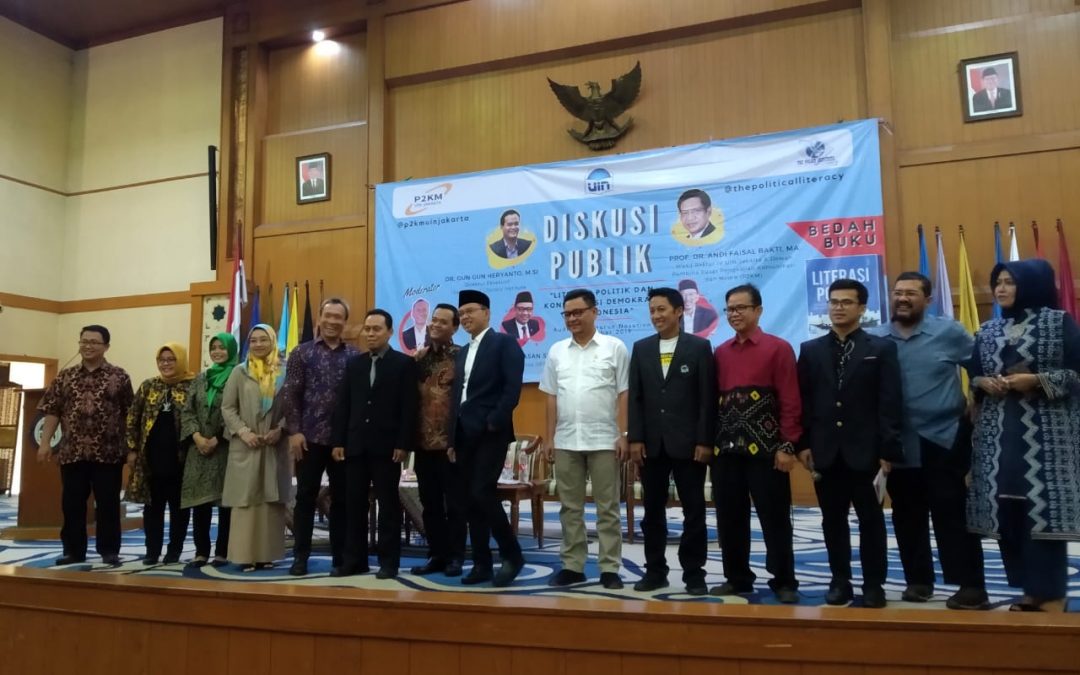 Andi Faisal Bakti in his remarks appreciates the implementation of the event. According to Andi, this event was aimed to stimulate the spirit of UIN Jakarta academicians in particular, to actively participate through political literacy understanding.

“This is very necessary in improving the quality of democracy in Indonesia,” said Andi.

On the same occasion, Gun Gun said that the book was the result study of researchers at The Political Literacy Institute.

“This year, The Political Literacy Institute again produced a work Literasi Politik:Dinamika Konsolidasi Demokrasi Indonesia Pasca reformasi. This theme was chosen because it is in line with the current Indonesian political context, which is still trying to consolidate its democracy after the 1998 reforms,” said Gun Gun.

Gun Gun added, the main point of the book was the urgency of political literacy amidst various problems in the process and stages of electoral contestation, such as the simultaneous local elections in 2015, 2017, 2018 and 2019.

“In this case, political literacy is not merely knowledge, but also includes necessary skills and action,” said Gun Gun.

Based on UIN News Online Observation, the participants were very enthusiastic in following the event. This is evidenced by many question raised by the participants to the book author. (usa/lrf)