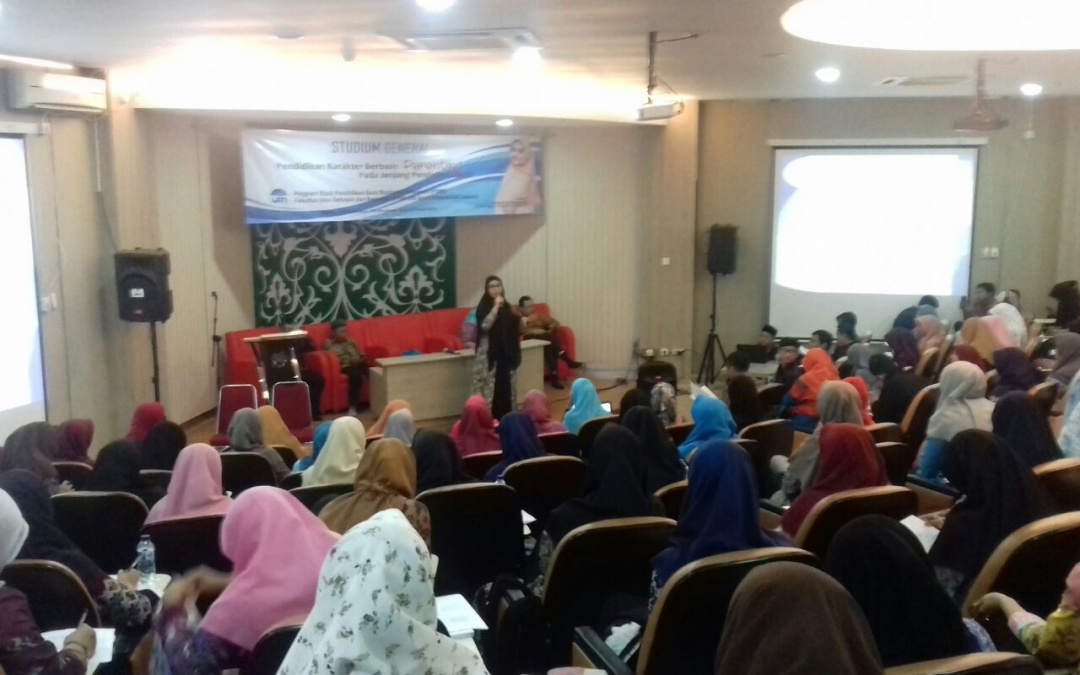 FITK Theater, UIN News Online – Children education is an effort to unleash all the children potentials, both physically and mentally. Each child has a unique characteristic in learning, which is through their senses. Therefore, character development and education must be started from an early age.

According to Oki, character is a medium of various psychological characteristic that can guide the child to adapt to the various environment they will counter. The character will “lead” them to do something right and wrong.

Character education as an effort to cultivate values and attitudes requires functional learning patterns and examples. Early childhood exemplary, she said, has been obtained from the family environment.

Oki further explained, parenting concept is a process of utilizing parenting skills based on various noble rules. Furthermore, there are at least four principles that parents must be concerned in nurturing their children, among them are; maintaining the child nature (al-muhafadhah), developing the children potentials (at-tanmiyah), directing in a clear direction (at-taujih), and carried out gradually (at-tadarruj).

“Everything should start from the attitude and positive character of the parents, both to life, world, and family,” she said. (usa)