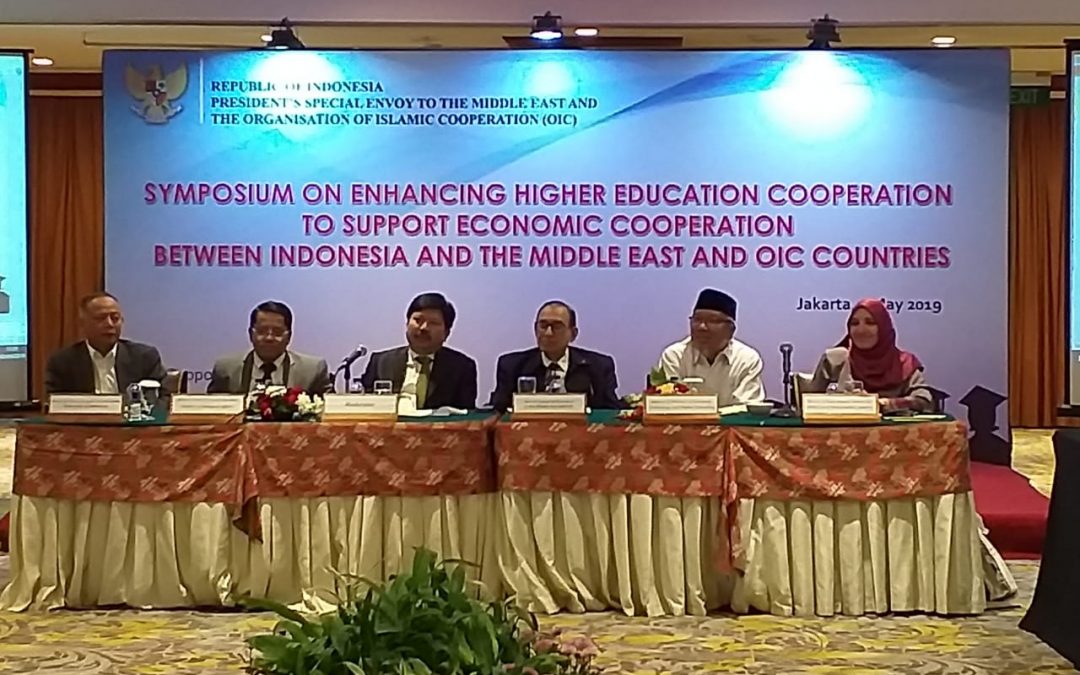 This was said by Rector of UIN Jakarta Amany Lubis during the Symposium on Enhancing Higher Education Cooperation to Support Economic Cooperation Between Indonesia and The Middle East and OIC Countries, Thursday (05/03/2019), held at Borobudur hotel, Jakarta. Amany was present as a guest speaker representing the leaders of the Islamic Islamic Higher Education Institution in Indonesia. The symposium was hosted by the Office of the President’s Special Envoy to the Middle East and the OIC.

The event, which inaugurated by the President’s Special Envoy to the Middle East and the OIC Alwi Shihab, was attended by by ambassadors and diplomats of Middle Eastern countries and OIC members such as Saudi Arabia, Turkey, the United Arab Emirates, Morocco and Malaysia. Also present in the event, a number of university rectors also also attended this event such as the University of Indonesia, Gadjah Mada University, Airlangga University, Bandung Institute of Technology, and UIN Raden Fatah Palembang.

Rector of UIN Jakarta in her speech revealed that UIN Jakarta continued to develop its academic institutions after transforming into UIN. In addition to Islamic-based faculties, UIN Jakarta also opens scientific and social-based study programs such as the Faculty of Science and Technology, Faculty of Economics and Business, Faculty of Medicine, and Faculty of Psychology.

UIN Jakarta itself, she continue, has had a number of academic collaborations with various Middle Eastern universities and other OIC members. This collaboration was carried with universities from various European, Australian, American and Asian regions.

In the symposium, the chancellors and ambassadors of Middle Eastern countries and OIC members discussed various potential academic, research and scholarship collaborations that could be accessed by Indonesian lecturers. Additionally, the symposium also discussed various administrative technical issues that become obstacles in implementing the collaboration between universities.

“This symposium is aimed to follow up on various partnerships, and to open new cooperation opportunities. We are ready to facilitate and will provide assistance to overcome any administrative difficulties,” said Alwi. (usa)