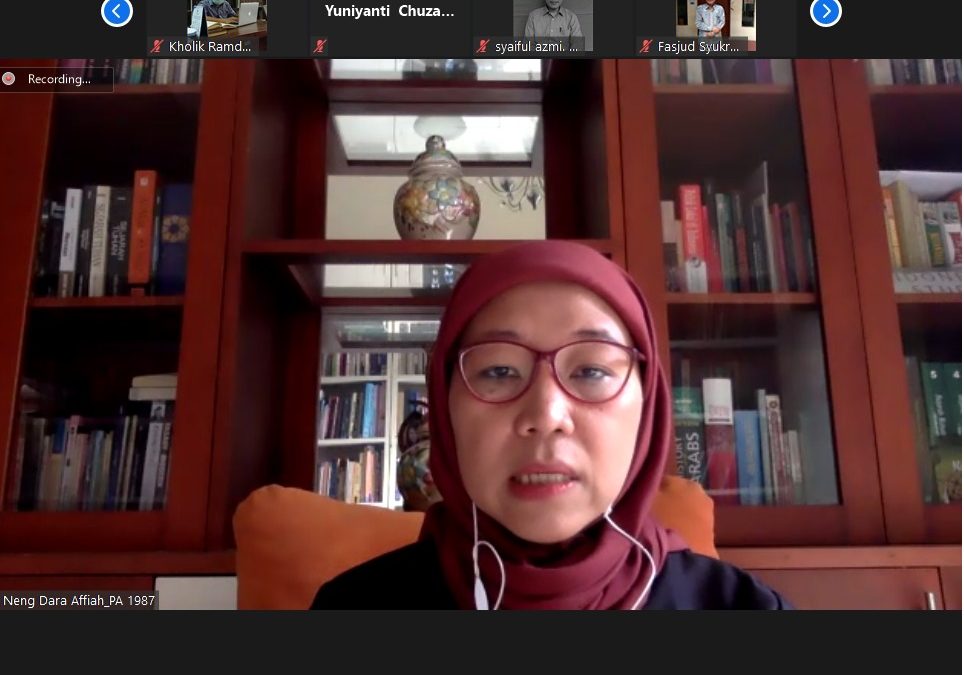 FU, UIN News Online – Sociologist and female activist Neng Dara Affiah M.Si was elected as Chairwoman of the Ushuluddin Faculty Alumni Association or IKALFU for the period 2021-2023 on Friday, (05/07/2021). She hopes that the IKALFU UIN Jakarta can synergize the FU alumni to support the acceleration of academic, student and alumni work programs.

Several members were also appointed to coordinate the alumni network according to the department within the Faculty of Ushuluddin. Among them, Mohammad Barzah Hidayat as the Networking Coordinatorfor the Da’wah Department and Rahmi F. Tanjung as the coordinator for the Department of Comparative Religion, Sociology of Religion, and Study of Religions.

“Hopefully, we can work together, hand in hand, in fulfilling this mandate,” said Neng Dara.

On the same occasion, the IKALFU Board of Tustees Director Amsal Bakhtiar Amsal also hoped for an active role from alumni in advancing the faculty. “One of them is by providing scholarships for Ushuluddin Faculty students,” said Amsal. (usa/zm)