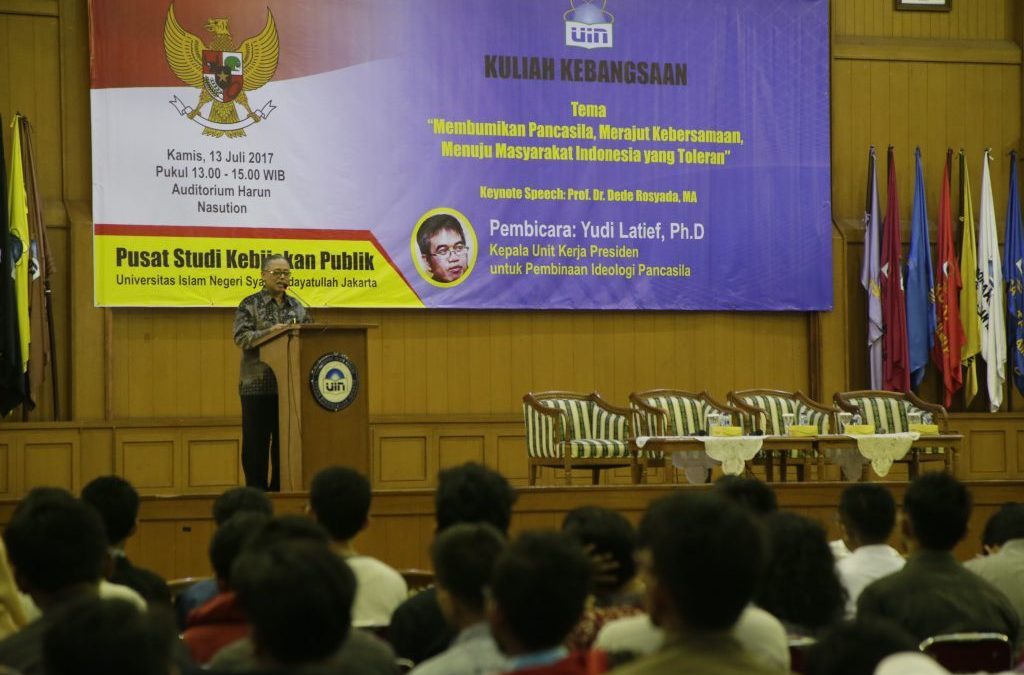 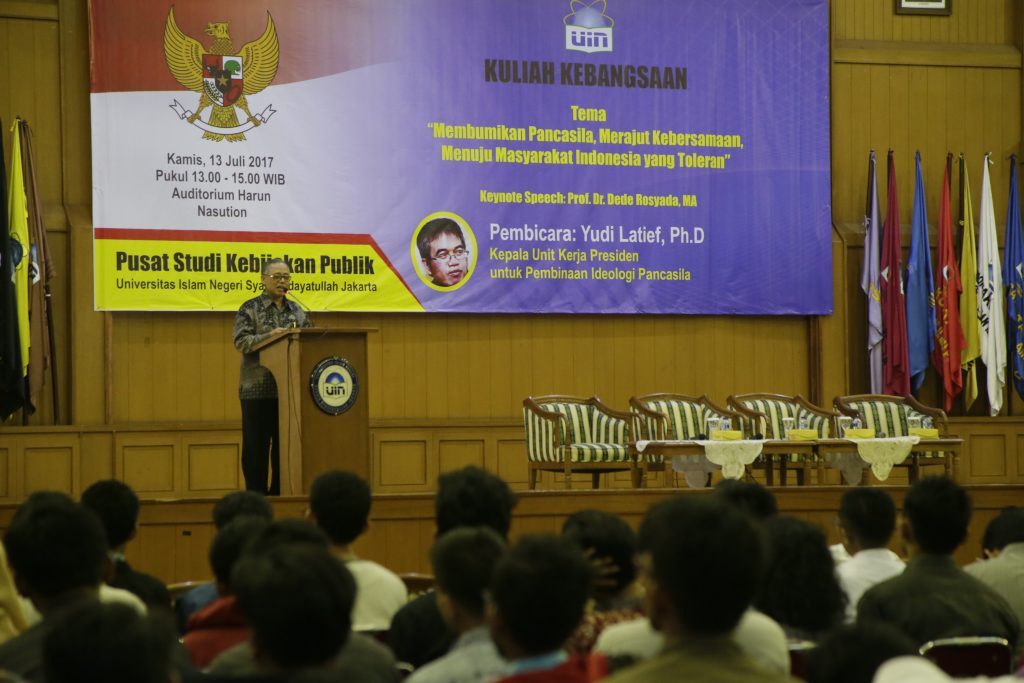 The Nationality lecture was opened by Rector Prof. Dr. Dede Rosyada MA, and it presented a number of figures. Among them are Deputy for Advocacy of UKP-PIP Prof. Dr. Hariyono and UIN Jakarta PSKP Senior Consultant Deden Ridwan. Hariyono represented Head of UKP-PIP Yudi Latief Ph.D who was unable to come.

In his speech, the rector revealed that this Nationality lecture with its big theme of earthing Pancasila was the effort of UIN Jakarta in order to deepen studentsâ€™ understanding about Pancasila. As a pluralistic representation of national identity, the understanding of Pancasila in depth and contextual needed by them sincerely.

With better understanding, he added, students were expected to have adequate background knowledge at the time they have to join and take part of a plural society. “When they are entering the community, students are required to be agents of social change which contributed significant achievements. Generating the community and realizing social development ideas better, “he said.

While Hariyono in his presentation said, Pancasila became an important ideology in responding to the negative issues growth in the community. In this case, students were required to utilize Pancasila as agent of social change that leads into positive situation through exemplary and good notions.

“The primary ideals and ideas which are in line with Pancasila’s mandate is to simulate tolerance, mutual respect among fellow nation,” he said.

UIN NEWS Online observed, through this public lecture, it was also became socialization medium on the presence of UKP-PIP as an assisting unit for the President in formulating the policy direction on the development of Pancasila ideology. This unit was formed by President of Indonesian Republic Joko Widodo through Presidential Regulation (Perpres) No. 54 year 2017 on the Working Unit of Presidential Ideology Development of Pancasila which was signed on May 19.