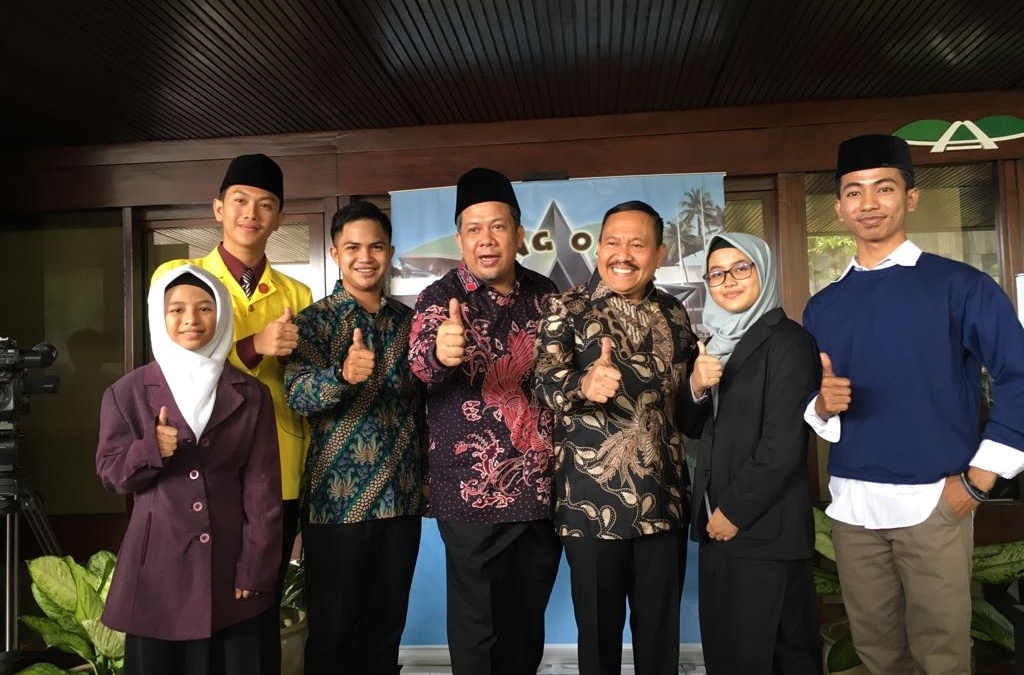 The competition is organized by the Secretariat General of the House of Representatives to celebrate the 11th anniversary of TVR Parliament. In addition to some academicianss, Commission VI member Sartono, and DPR-RI Vice Chairman Fahri Hamzah was appointed as a jury in this competition.

To UIN News Online, Wednesday, (2/7/2018), Multazzam said that his struggle for the competition has been started since the first round. He should try as much as possible in delivering his rich, inspirational speeches. “Alhamdulillah I can get a score of 1940,” he said.

Furthermore, he admitted that his success could motivate himself to obtain better achievement in the future. “Hopefully, this can be my positive contribution for UIN Jakarta on a national scale,” said the alumnus of SMAN 1 Bajeng Unggulan Gowa Regency.

Separately, Fahri congratulate Multazzam and expressed his appreciation toward the activities undertaken by DPR-RI TVR Parliament. According to him, the oration competitions need to be more encouraged in order to find talented youngsters who have national commitment through their national oration.

“I hope what has been delivered can motivate us to maintain and taking care of this nation,” he said. (usa)