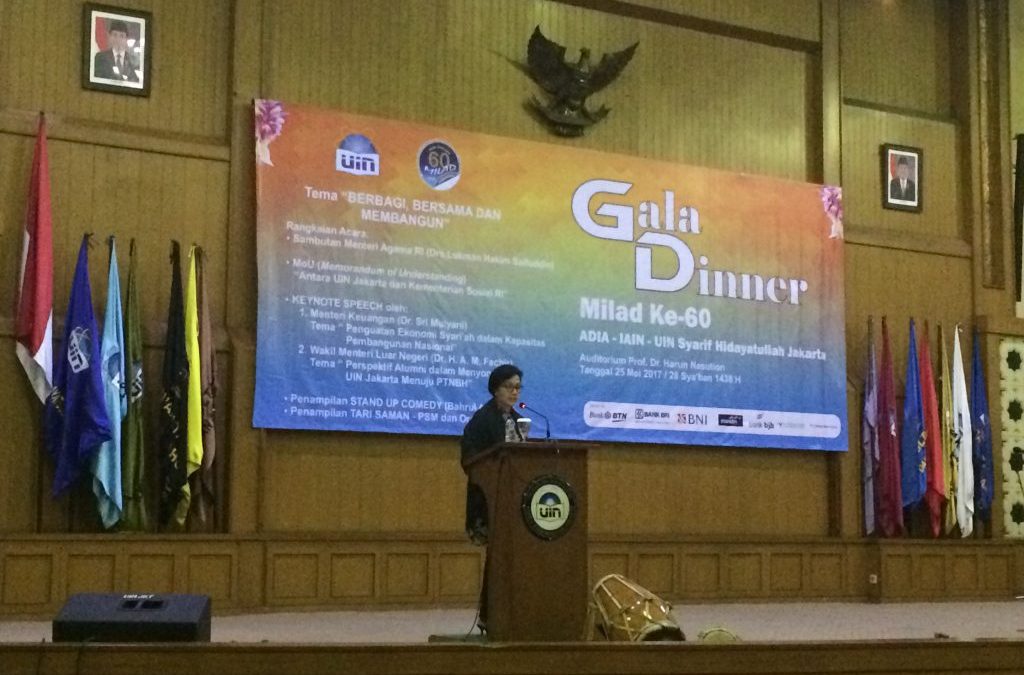 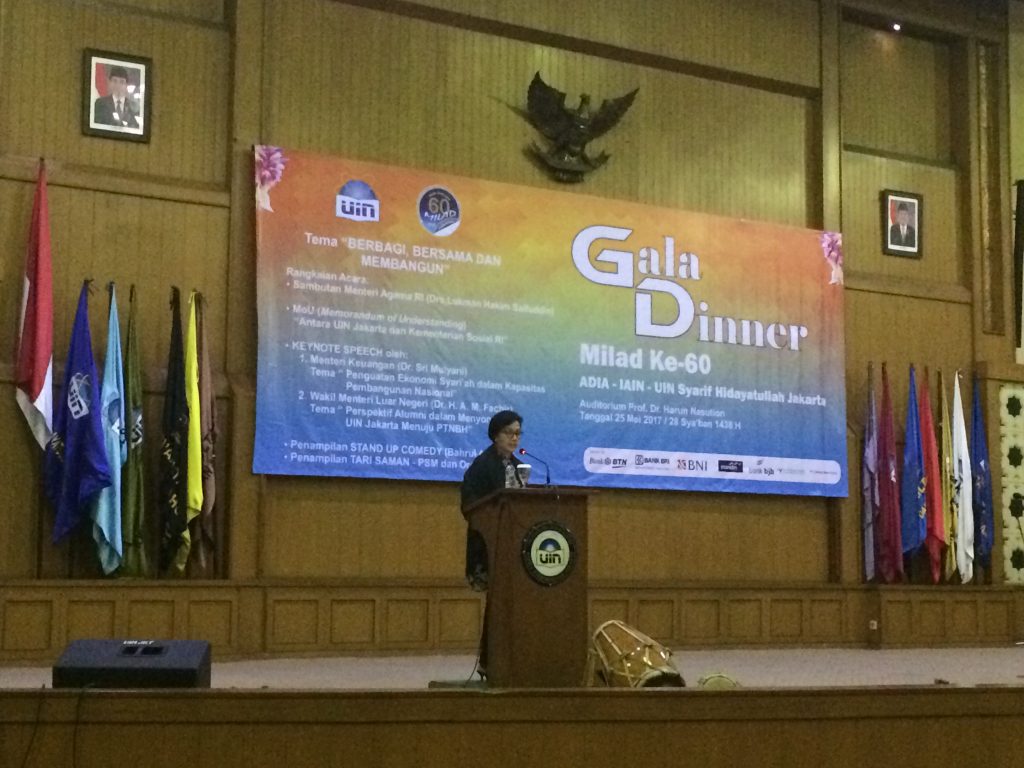 Auditorium Harun Nasution, UIN NEWS Onlineâ€” Minister of Finance Republic of Indonesia Sri Mulyani to Â appreciate the achievements made by the Ministry and Institution (K / L). One of them, is the financial statements of UIN Jakarta Budget Year 2016 which received reasonable without exception (WTP) from the Supreme Audit Board or BPK RI.

It was delivered while attending the Gala Dinner on the eve of the 60th anniversary of ADIA/IAIN/UIN Jakarta, Thursday (25/5/2017) at Auditorium Prof Dr Harun Nasution UIN Jakarta.

“Last Friday at the plenary session of the House of Representatives on May 19, 2017, BPK gave the WTP opinion on the central government’s 2016 financial report. The WTP opinion is the highest opinion given by our state auditors,” she said.

According to Sri Mulyani, it is a reflection of the continuous improvement efforts undertaken by the government of the Republic of Indonesia.

Â “The effort we have done since 16 years ago or since the Republic of Indonesia published the financial statements and balance sheet of state finances,” she said

WTP opinion, she added, is a remarkable achievement that proves a country can build high quality reports and balance sheet.

â€œFor all of you who are new to the field of sharia or conventional economics, this is one form of accountability that is extraordinarily important in the management of financial resources both at the state and corporate level,” she said.

“I am grateful to all the Ministries and Institutions that have contributed this WTP opinion, including the Ministry of Religious Affairs where UIN Jakarta under it got the opinion of the WTP,” said the former Director of Operations of the World Bank. (usa)