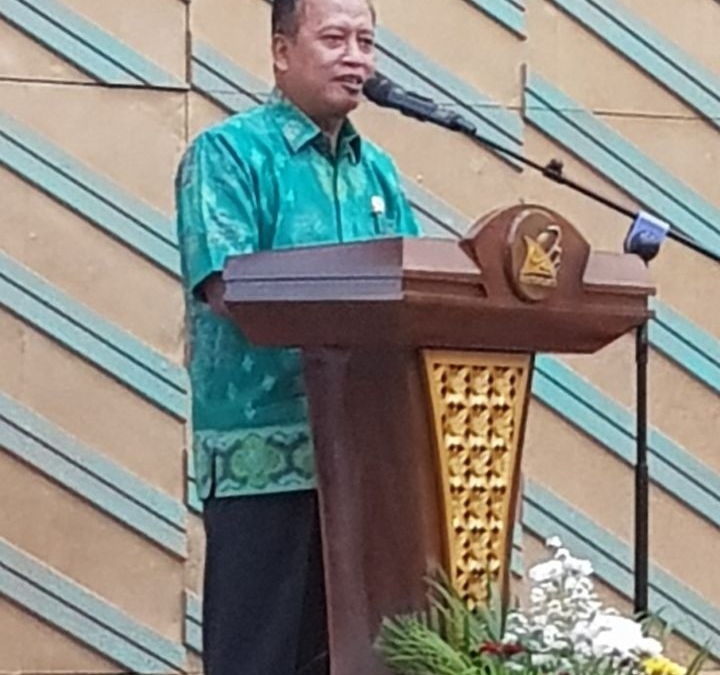 Jakarta, UIN News Online— Minister of Higher Technology and Higher Education Mohammad Nasir officially launched the start of National Selection of State University Entrance (SNMPTN) and Joint Selection of State Universities (SBMPTN) in 2018, Friday (1/12). The event was held at the Kemenristekdikti Main Auditorium. Also present in the event, the Directorate General of Islamic Education of the Ministry of Religious Affairs, the Directorate General of Secondary Education of the Ministry of Education and Culture, the rectors of PTN throughout Indonesia, as well as representatives from several high school / vocational /

Minister Muhammad Nasir in his speech stated that SNMPTN and SBMPTN 2018 are implemented with a conceptual basis to build a unity of national education system through vertical integration of secondary education with higher education. In addition, this refers to Law Number 12 Year 2012 on higher education.

Furthermore, according to the Minister, the new admissions route is done through SNMPTN, SBMTN, and independent enrollment (Mandiri).

“This is to give the widest possible opportunity to all high school graduates who have the best academic achievement so they can follow the higher education of undergraduate program in all state universities in Indonesia without discrimination,” said Nasir.

Based on the press release received by UIN News Online, it is explained that the allocation of tamping power from the three lines as mentioned, namely SNMPTN at least 30%, SBMPTN at least 30%, and Mandiri at most 30%.

Still from the same source, the selection through SNMPTN 2018 is based on academic achievement and academic portfolio with school requirements for SMA / SMK / MA, with A’s accreditation score of 50% best in school, best 30% B accreditation at school, and accreditation C 10 the best% of the school and other accreditations get the best 5% quota in their schools.

Meanwhile, Chairman of the Committee SNMPTN and SBMPTN 2018 Ravik Karsidi explains, that the Acceptance of New Student Undergraduate Program at PTN, SNMPTN line is a selection based on student academic achievement (PPA) prospective, SBMPTN is a selection based on written test results by print method (paper based testing) or computer (computer-based testing), or a combination of the results of a written exam and a candidate’s job test. While another selection path is self-enrollment (Mandiri), which is the selection that is set and determined by each PTN.

Registration of PPA SNMPTN will be started by filling Database and School Student (PDSS) on January 13-February 10, 2018, Registration 21 February-6 March 2018, announcement of selection result 17 April 2018, and re-registration of participants who graduated in PTN on May 8, 2018.