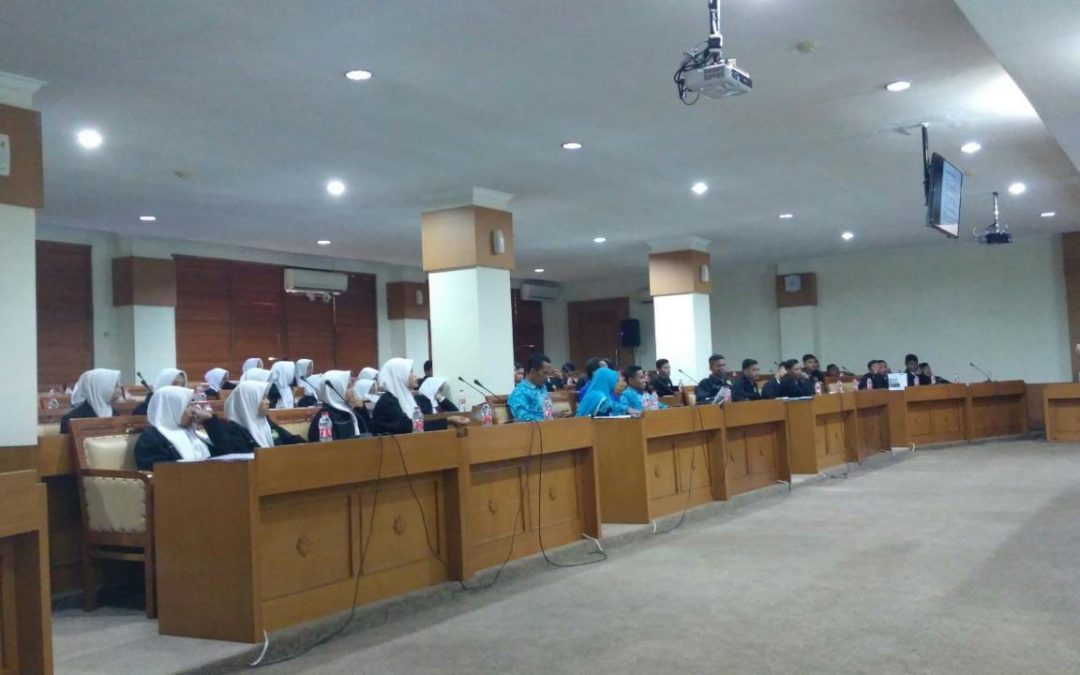 M Thoha in his speech said this activity was held in order to introduce the students to the University life as well as to provide experiences on outer high school environments. “Through this activity, we would like to introduce our students into university life, ranging from the faculties, study programs, as well as the academic activities,” he said.

Meanwhile, one of publication and documentary staff, Nanang Saikhu in his presentation explained, UIN Jakarta is one of the famous Islamic universities in Indonesia and even at the international level. UIN Jakarta has 12 faculties, including graduate school (SPs), with 58 courses, both religious and public.

As for tuition fees, Nanang explained, UIN Jakarta has implemented a single tuition system (UKT), which is a fair and proportional payment system between capable and less able students.

“The UKT system is fair and affordable. Underprivileged students just need to pay Rp 400000 per semester,” he said.

After getting information, the students and teachers then took group photos.  They also took group photos around several noticeable corners of the building, such as in front of Main Auditorium and campus garden. (usa)